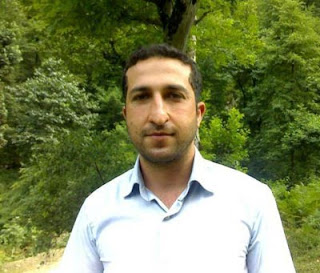 When it comes to publicly protesting the sentences of death row inmates, celebrity outrage for a convicted cop-killer is off the charts, but a Christian pastor in about to die for his beliefs doesn’t even rate a “tweet.”
Last month Troy Davis, convicted of the 1989 murder of officer Mark MacPhail, the married father of two, was executed for his crimes despite a wave of urgent protests on the part of celebrities proclaiming his innocence and horrified by his imminent execution. Kim Kardashian, P. Diddy, Russell Simmons, and Alec Baldwin were among the many stars who felt that the evidence of his guilt was insufficient to overcome reasonable doubt (Ann Coulter was not among the doubtful – in her FrontPage Mag article, she detailed the overwhelming evidence condemning Davis and described him as “the media’s new baby seal.”).
The celebs used their substantial platforms like the social media network Twitter to raise awareness about the case and demand clemency. “If Troy Davis is executed in Georgia it will be a crime,” “tweeted” novelist Salman Rushdie, himself still living under a death fatwa for his book The Satanic Verses, denounced as blasphemous by Iran’s Ayatollah Khomeini the same year as MacPhail’s murder (contrary to a common assumption, the fatwa has never been rescinded; Iranian authorities have said merely that they have no intention of carrying out Rushdie’s sentence).

But the celebrity silence regarding an even more outrageous and clearcut injustice is deafening. At any moment, Iranian Christian pastor Yousef Nadarkhani may be killed because he refuses to renounce his Christianity and embrace the Islam of his ancestors, which he maintains he has never followed as an adult. His “crime” does not even exist in the Iranian penal code, and no one has been executed in for apostasy since 1990. But the judge has upheld his conviction and sentence based on the religious writings of clerics including Khomeini, unless Nadarkhani – like MacPhail, the married father of two – recants his faith, which he has refused to do on four official occasions before the judge. Even if his execution is commuted, he could still face life in prison. And even if released, he would still be in mortal danger. “In Iran about 18 years ago, they had released a pastor, but then came and assassinated him and his bishop later,” said a Member of the Council of Elders for the Church of Iran.

The pastor of a 400-member Christian “house church,” Nadarkhani has been imprisoned since October 2009 when he complained about his son being forced to read the Koran at school. His wife, also arrested in an attempt to pressure her husband to “return” to Islam, was released a year ago. “Let believers, who are heirs of the glory, be examples for others in order to be a witness of the power of Christ for the world and the future,” he recently wrote from prison, in a stirring testament to his belief.
The couple are not alone in terms of ’s persecution of its Christian minority. Between June 2010 and January of this year, 202 Christians were arrested solely for practicing their faith. They face torture in prison, violent abuse outside prison, and sometimes disappearance altogether. “We have very little leverage in ,” religious civil rights advocate Rev. Keith Roderick says. “[Iranian president Mahmoud] Ahmadinejad is at war with the Christian church there, but our influence has diminished.”
And that’s where celebrity influence can sometimes make a difference. Stars had banded together to express support for the American hikers held in captivity in Iran on suspicion of spying, and apparently activist/actor Sean Penn even used his influence with his friend, Venezuelan dictator Hugo Chavez, to use his influence with Ahmedinejad to get the hikers released. Penn, now in Egypt urging the government to hand over the country to the people, could really strike a blow for freedom of conscience by working those same contacts for the release of a man facing death for no crime but his religious conviction.
At least the White House has condemned Nadarkhani’s persecution. But where is the swelling tide of celebrities proclaiming his innocence, championing the individual’s freedom of conscience, and protesting his plight specifically and the persecution of Iranian Christians in general? Such an outpouring of support from the media darlings of and the music industry would not only spread awareness to a young and too often uninformed generation, but very effectively put significant international pressure on and other such human rights abusers.
In fact, international disapproval may already be having an effect. Nadarkhani’s crime initially was his refusal to renounce Christianity; now the obviously bogus charges of rape and treason have been tacked on in a transparently desperate attempt to justify killing him and to deflect world opprobrium. This tactic is much like the one employed in the case of Sakineh Ashtiani, an Iranian mother sentenced to be stoned to death in 2010 for adultery. When outrage about the barbaric sentence from governments worldwide began to prove too embarrassing even for the Iranian mullahs, a suspicious video was released in which the pixilated image of a woman identified as Ashtiani purportedly “confessed” to adultery and collusion in the murder of her husband.
Unlike Troy Davis, for whom the evidence of his innocence was at best questionable, Nadarkhani is unequivocally innocent of wrongdoing. So why the seeming celebrity indifference to his situation and to the worldwide Muslim persecution of Christians?
Unfortunately, celebrity outrage reflects the multiculturalist mindset of our era, which places all minorities on a pedestal – unless that minority is a devout Christian. Celebrities flocked to support American Muslims’ right to religious freedom in the Ground Zero mosque controversy (a right which the mosque protesters were not even contesting). They decried the “state-sanctioned murder” of the black Troy Davis. But they can’t be bothered to take even a stand on Twitter for Pastor Nadarkhani, whose murder at the hands of an oppressive state is imminent.
(This article originally appeared here at FrontPage Mag, 10/4/11)
at 11:24:00 PM