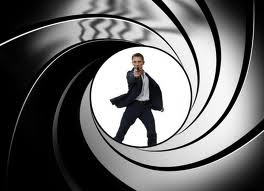 This could be very bad news for Bond fans. Word is that the tentatively titled Skyfall, the latest James Bond film, will be taking a disappointing direction with auteur director Sam Mendes (American Beauty) at the helm.
Fans like myself have already endured a serious delay of the film’s release due to MGM’s precarious financial position. Then news of the ingenious casting of Bond antagonists Ralph Fiennes and Javier Bardem, who have played two of the most chilling villains in recent years (in Red Dragon and No Country for Old Men, respectively), whetted our appetites even further.
But now rumors are that Mendes is axing most of the grand action sequences which are of course a staple of the long-lived movie franchise, and instead is aiming for Oscar-worthy, “characterful performances” and the kind of “emotional depth” which star Daniel Craig has longed to bring to the iconic role.
Have audiences worldwide been clamoring for this? For “characterful,” “emotional depth”? Except for the Roger Moore films, which I boycotted while mourning Sean Connery’s Bond retirement, I’ve been a rabid fan since Dr. No, and I think I speak for the others when I say we don’t care a whit for Oscar legitimacy. What Bond fans want, and what separates the franchise from the moodier Bourne competition snapping at its heels, is breathtaking, cartoonish fun. If Mendes et al don’t grasp this, or don’t care, then I predict that not only will this be a box office bomb (by Bond standards), but Oscar gold will elude them as well.
(This article originally appeared at PJ Lifestyle here, 10/27/11)
at 10:39:00 AM