We Are Raising a Generation of Wimps 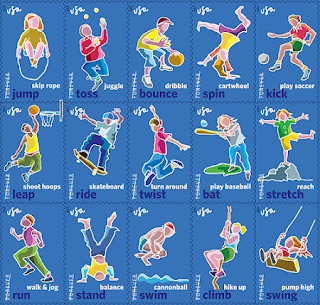 Last weekend I was on a soft foam playground with my little girl, and I reflected on how different things were when I was a kid, shortly after dinosaurs roamed the earth. Playgrounds then were asphalt-covered, jagged-edged death traps for kids, but we didn’t know any differently and our parents weren’t freaked out about it. I vividly remember once hanging upside down from monkey bars and dropping onto concrete directly on my head (now that I think about it, that hit probably explains quite a bit about me). It’s a wonder that my generation survived childhood. What concerns me today is that my daughter’s generation will grow up so coddled that it won’t survive adulthood.

One New Hampshire elementary school has banned the game of tag during recess, because the contact is potentially harmful. “We want them running, we want them jumping and releasing the energy, but just in a safe way,” said principal Patricia Beaulieu. “They’re allowed to play soccer... basketball, there’s jump ropes, there’s different balls they can play with, different foursquare games out there.”

A middle school in Port Washington, New York recently banned footballs, soccer balls, baseballs and lacrosse balls on its playgrounds, because those “hard” balls are potentially injurious. Seriously? Theoretically, anything – or nothing – can be potentially injurious. A kid could break a wrist just by falling awkwardly. I support the idea of switching out dangerous playground asphalt for a bouncy, foamy substitute; but are we really helping our children by restricting their sporting activity to the bland safety of pitching Nerf balls underhanded?

In that same paranoid vein, the Postal Service announced it was scrapping a line of stamps depicting children in various forms of play such as skipping rope, walking and jogging, dribbling a basketball, etc. The reason? It received “concerns” from the President’s Council on Fitness, Sports & Nutrition over apparently “unsafe” acts shown on three of the stamps: a cannonball dive into a pool, skateboarding without kneepads, and a headstand without a helmet (somehow they overlooked the horrifying images of a batter without a helmet, a girl teetering one-legged on a slippery rock, and a soccer player without kneepads). Apparently the Council feared the stamps would inspire kids to perform potentially dangerous acts – as if youngsters these days even know what a stamp is.

And then there are the senseless extremes of politically correct, anti-gun hysteria, in which schoolchildren all over the country are being suspended, labeled a “terrorist threat,” and even required to undergo psychiatric evaluation – not for bringing weapons to school, but for even pretending to play with guns or gesturing like a gun with index finger and thumb. One seven-year-old was suspended because he accidentally shaped a breakfast pastry to resemble a gun, according to his teacher, who was literally reduced to tears by the trauma.

We now aggressively confront bullying, which is a positive thing – except that children who physically defend themselves from bullies are being punished as well, as if self-defense is equally reprehensible. Sometimes in the real world, the only thing bullies understand is a dose of their own medicine, and our children need to be ready for this reality and to grasp the moral distinction.

“It's really about [children] being healthy and their well-being,” said the New Hampshire elementary school principal Beaulieu. I think not. I believe that all this is about lawsuit avoidance and an intentional effort to mold American children into risk-averse, compliant, helpless pacifists that can be easily controlled by the state. Whatever the reason, we are creating a generation of wimps.

By contrast, let’s examine childrearing in history’s most aggressive warrior culture, ancient Sparta. If a Spartan baby didn’t start out life fit enough, it was abandoned to die. Soldiers took boys from their mothers at age 7 and housed them in a dormitory to begin their training as a ruthless killing force. They endured harsh physical discipline, and learned to endure pain and survive deprivation. Sparta needed strong mothers to produce strong warriors, so girls too were removed from the home at 7 and trained in wrestling, gymnastics, fighting, and endurance.

Not a parenting strategy I recommend. But in our overprotective zeal to create ultra-safe environments and to brainwash the bold, competitive, independent American spirit out of impressionable young generations, we are creating citizens who will be unable to handle adversity or defend themselves on a personal or national level. Sure, there is some relief in knowing that my children will grow up on playgrounds that aren’t simply concussions waiting to happen; but I want them mentally and physically prepared for life’s inevitable scrapes and bruises, and fearless enough to take down bullies without Daddy’s help.