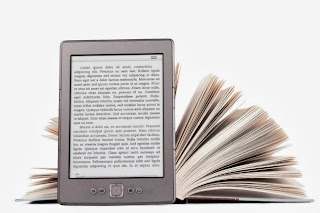 Jonathan Franzen is serious about literature. “Serious writers and readers, these are my people,” he reportedly said at a Tulane talk. In recent interviews he has expressed contempt for technological shifts affecting those writers and readers, shifts he finds deeply unserious, from social media to the self-publishing boom being facilitated by Amazon.com.

Franzen is one of America’s most accomplished contemporary novelists. In 2010 the New York Times called his number one bestseller Freedom a “masterpiece of American fiction.” Oprah Winfrey crowned it one of her Book Club picks. He also made the cover of Time magazine in 2010, the first living novelist in a decade to do so. His 2001 novel The Corrections won the National Book Award for Fiction and was a Pulitzer finalist.

He didn’t earn those kudos by screwing around on the worldwide web. Franzen disables his internet connection when he writes, and has contempt for the time-sucking, narcissistic ephemera of social media. Twitter he calls “unspeakably irritating,” and Facebook he slams as a “private hall of flattering mirrors.”

As you might guess, Franzen is very Old School about ebooks too, which he finds unsettling: “A screen always feels like we could delete that, change that, move it around. So for a literature-crazed person like me, it's just not permanent enough.”

As for the technology that now enables anyone to self-publish, not just “serious writers,” that too disturbs Franzen’s literary sensibility. In an article for the Guardian Review, he sharply criticized Amazon.com’s dominance as an online platform for self-published writers. He came close to likening head honcho Jeff Bezos to the anti-Christ for the changes his company has wrought for writers and readers alike: “Amazon wants a world in which books are either self-published or published by Amazon itself, with readers dependent on Amazon reviews in choosing books, and with authors responsible for their own promotion.”

What Franzen doesn’t acknowledge is that in the old publishing model, authors are already responsible for their own promotion unless they’re bestsellers like him, which is rare. Publishers concentrate their promotional efforts behind rainmakers like Franzen and largely leave midlevel authors and below to fend for themselves in the marketplace, and that’s why social media have become necessary and effective tools for getting the word out about one’s book.

Franzen dismisses these “yakkers and tweeters and braggers” and is nostalgic for a time “when publication still assured some kind of quality control and literary reputations were more than a matter of self-promotional decibel levels.”

Whether literary elitists like it or not, “quality control and literary reputations” are becoming determined by the marketplace, not the publishing gatekeepers. Yes, Amazon browsers have to wade through “all the noise and disappointing books and phony reviews,” as Franzen puts it. But his “serious” readers, who rely largely on book review publications anyway rather than Amazon recommendations, will have no trouble finding works by writers of his caliber, and amateur writers who may not have Franzen’s talent, but who yearn to express themselves and fulfill their authorial dreams, are now free to do so. Their books may or may not be any good, but the work, the achievement, the self-expression, are meaningful to those writers. And thanks to social media, those amateurs and midlevel writers can be more proactive about getting their work noticed.

As for the Amazon customer reviews, many of the reviewers are topnotch, intelligent and insightful, and frankly, I trust them as much as I trust the New York Times Book Review. Throw in the bonus ability to sample the contents of a book on Amazon for yourself, and it’s hard to see how their technology is obfuscating things for book lovers.

Franzen has some valid points. He’s not wrong about the trivia and narcissism of social media, although he doesn’t appreciate their political and information-sharing value. I share his preference for the comforting presence of a physical book, but I also appreciate ebooks and audiobooks for their convenience. There are legitimate concerns about Amazon; I wouldn’t want them to monopolize publishing the way they drove brick-and-mortar bookstores out of business and monopolized bookselling, for example.

But when he sees the nexus of Amazon, social media, and self-publishing as degrading things for “serious” writers and readers, I think his perspective isn’t shared by all the lesser-known writers out there for whom that nexus gives them more opportunity for creative expression, purpose, and success.