The Soft Totalitarianism of Nudging 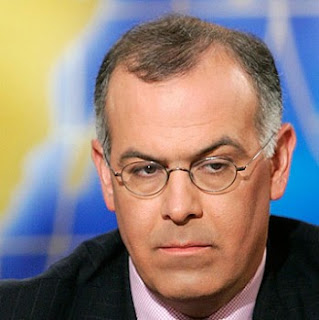 In his op-ed column “The Nudge Debate” in last Thursday’s New York Times, David Brooks promotes a concept that is gathering momentum among the leftist elites in, and connected to, the White House: “nudging,” a seemingly innocuous form of social engineering designed to steer us lazy, infantile Americans subtly toward making the “correct” choices in our personal and social lives. He calls it “social paternalism”; think of it as a kinder, gentler totalitarianism.

Nudging first appeared on the scene in 2009 with a book by Richard Thaler and Harvard law professor Cass Sunstein called Nudge, on “how government and other organizations could induce people to avoid common errors.” As Brooks explains it, those errors result from the fact that “people are pretty bad at sacrificing short-term pleasure for long-term benefit. We’re bad at calculating risk. We’re mentally lazy.” We make bad decisions unless “we’re forced to put in a little more mental effort.” In other words, we all have “a little Homer Simpson in us,” says Sunstein, and once people realize that, “then there's a lot that can be done to manipulate them” – to nudge them.

Sunstein was an official advisor to President Obama and happens to be the husband of the influential Samantha Power, who is off to the United Nations now as our new ambassador there, where she will carry out her (and her boss’) subversive agenda to surrender American sovereignty. Sunstein, who once wrote that “there is no liberty without dependency,” is the author of another book which argues that citizens’ rights exist only to the extent that they are granted by the government. Last year, he gave a lecture at Yale on the topic of nudging and has a book forthcoming in 2014 called – with apparent seriousness – Nanny Statecraft.

“Most of us,” David Brooks condescends, “behave somewhat decently because we are surrounded by social norms and judgments that make it simpler for us to be good.” In other words, Americans generally do the right thing only because “social norms” compel our lazy, selfish, short-sighted asses to do so. “To some gentle extent, government policy should embody those norms, a preference for saving over consumption, a preference for fitness over obesity, a preference for seat belts and motorcycle helmets even though some people think it’s cooler not to wear them.”

Brooks looks to saviors he calls “public spirited people” to design ways to rescue us from our incompetence and sloth. These betters of ours are designing “choice architectures” that guide us, like cattle, in the direction of what the left deems to be the proper moral and societal choices. To apply this theory to policy-making, the public spirited people in the Obama administration recently announced the creation of a “Behavioral Insights Team.”

The idea, Brooks continued, is that “[g]overnment doesn’t tell you what to do, but it gently biases the context so that you find it easier to do things you think are in your own self-interest.” Translation: government doesn’t tell you what to do because the citizenry would resist such a heavy-handed measure; instead, it simply steers you where it wants you to go, on the assumption that you’re too stupid to realize you’re being manipulated, and too lazy to care.

Brooks then lists examples that include: the government designing forms “where the default option is to donate organs or save more for retirement”; telling air-conditioner makers “to build in a little red light to announce when the filter needs changing… since people are too lazy to change the filters promptly otherwise”; or, apparently referring approvingly to totalitarian New York Mayor Bloomberg’s failed anti-Big Gulp campaign, “government could make it harder for you to buy big, sugary sodas.”

In the one paragraph in his piece that will resonate with everyone who isn’t a utopian academic, Brooks then plays devil’s advocate. “Do we want government stepping in to protect us from our own mistakes?… This kind of soft paternalism will inevitably slide into a hard paternalism, with government elites manipulating us into doing the sorts of things they want us to do.” (Of course, that is precisely what nudging is.) And Brooks acknowledges that policy makers are human too, and could “design imperfect interventions even if they mean well.” [Emphasis added]

And there you have it: for all the well-meaning intentions of the left to perfect human nature and design an earthly paradise, they live in denial that their supposedly benign experiments constrain freedom and end in totalitarianism.

Brooks judges that “the anti-paternalists win the debate in theory but the libertarian paternalists win it empirically.” Yes, he says, “it is possible that gentle nudges will turn into intrusive diktats and the nanny state will drain individual responsibility.” But in reality,

it is hard to feel that my decision-making powers have been weakened because when I got my driver’s license enrolling in organ donation was the default option. It’s hard to feel that a cafeteria is insulting my liberty if it puts the healthy fruit in a prominent place and the unhealthy junk food in some faraway corner. It’s hard to feel manipulated if I sign up for a program in which I can make commitments today that automatically increase my charitable giving next year.

Brooks is right that it is hard to feel in such nearly subliminal instances that your liberty and personal responsibility are being diminished, much less denied, and that is precisely why nudging can be so subversively successful among those Americans who aren’t sharply conscious of government overreach.

“These days,” Brooks concludes, “we have more to fear from a tattered social fabric than from a suffocatingly tight one. Some modest paternalism might be just what we need.” Actually, what Americans need is less condescension and suffocating control from arrogant nanny-state elitists like Obama, Sunstein, and Brooks, and more freedom to exercise our individual rights and personal choices.