Voter Fraud and the Most Important Election in History 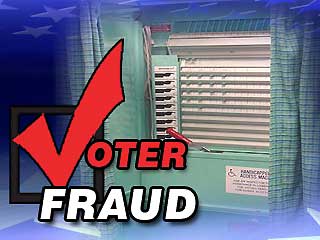 It’s a cliché to say that an upcoming presidential election is the most important one of our time. But sometimes a cliché is justified; in fact, I’ll up the ante by asserting that the presidential election two weeks away will be the most critical in U.S. history. The choice is between America’s irrevocable ruin under Obama or the road to recovery under Romney. This election also may be one of the closest, a possibility that brings the issue of voter fraud to the forefront. The last thing anyone wants to see, in this or any election, is courts and lawyers intervening in the process as in the Bush-Gore Florida recount of 2000.

Senior editor at The American Spectator John Fund’s books Stealing Elections: How Voter Fraud Threatens our Democracy and Who's Counting?: How Fraudsters and Bureaucrats Put Your Vote at Risk (co-written with Hans von Spakovsky), for example, are replete with evidence of voter fraud. Former comedian Al Franken, to name a prominent example, wouldn't be a senator without it.

But Democrats, immovably locked in the ludicrous mindset that racist Republicans just don't want blacks to vote, claim that concern about voter fraud is simply another rightwing dog whistle, and that instances of voter fraud are rarer than being struck by lightning. So instead of insuring that fraud is eliminated altogether, Democrats hammer on this talking point that voter ID laws are nothing more than a scam to ensure that only Republicans win political office and that impoverished minorities are excluded from the democratic process.

This is the same left that counted on the criminal organization ACORN to further Obama’s career. The left also claims that ACORN was the victim of voter registration fraud, which it reported on its own. John Fund notes that

ACORN was convicted in Nevada of subverting the election law and had to sign a consent decree in Seattle. 1.4 million registrations, of which 40% were fraudulent. How would we know if people used some of those names to vote? We frankly wouldn't. ACORN was caught many times red-handed before they started turning in a few underlings to improve their image.

This is also the same left that still goes apoplectic over their belief that Bush stole the 2000 election through – that’s right – voter fraud, and that insists that Al Franken was declared the winner by the State Supreme Court, which rejected charges of improperly counted absentee votes. Fund’s reply to the latter is that “1100 felon voters illegally swung the 2008 Al Franken election in Minnesota. That all came out after the State Supreme Court decision and is separate from absentee ballot questions.”

Another claim of the left is that the kinds of fraud committed are not the sort that voter ID laws will ameliorate; thus there is no point to them except to suppress Democratic votes. Von Spakovsky responds that

Voter ID is not the answer to all election fraud, just one of several solutions that should be implemented. It can prevent impersonation fraud, registration fraud, voting by illegal aliens, and double voting by individuals registered in two states if both states have an ID requirement. It can help with absentee ballot fraud if an ID requirement is applied to absentee ballots as Kansas, Alabama, and Pennsylvania have done. It can't prevent felon voting. That requires better verification procedures by election officials.

Poor minorities seem to have no problem working the welfare and Medicaid systems. They manage to get EBT cards and driver’s licenses. ID is required for almost every common transaction in contemporary society, and no one complains about the reasonableness of that. How then is it a burden for minorities to obtain and produce an ID at a voting booth as well? As Artur Davis, former Democratic congressman from Alabama, said,

The idea that people in low-income African-American communities are bothered or intimidated or burdened by attaching a few responsibilities to their all-important core right of voting – it’s a condescending idea. It’s a patronizing idea. If the law works the same with respect to everybody, it’s free and clear of whatever history or bigotry or racial animus.

As for voter suppression and intimidation, Fund’s co-writer Hans von Spakovsky, Senior Legal Fellow at the Heritage Foundation’s Center for Legal and Judicial Studies, says “The claim that ID suppresses votes has been disproved by election results in Georgia and Indiana. Their laws have been in place for more than five years and turnout of minorities and Democrats went up, not down.”

Democrats must resort to racial polemics, as they always do, on this issue in order to divert attention from their own political corruption, which is rampant in the large urban centers controlled by Democrats; voter fraud in those areas helps those corrupt politicians exploit and steal from their minority constituents. Even MSNBC’s most committed Obama cheerleader Chris Matthews admits that impersonation fraud has gone on since the 1950s in his native Philadelphia, for example. “It's what went on, and I believe it still goes on.”

The fact of the matter is that the radical left depends on their own voter fraud to push unworthy, incompetent, ideologue candidates like Barack Obama into office. The minions of Saul Alinsky will happily subvert the democratic process in order to acquire and maintain power, just like in any totalitarian banana republic. And as Fund and von Spakovsky conclude in their introduction to Who’s Counting?,

The refusal to insist on simple procedural changes like requiring a photo ID to vote, secure technology, and more vigorous prosecutions accelerates our drift toward banana-republic elections.