The Wisdom of Trashy Books 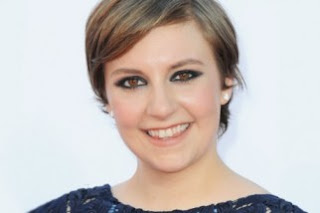 There has always been a perceived divide, and even a sort of rivalry, between lowbrow bestsellers and highbrow literature. Novelist Graham Greene  even separated his own works into those he considered serious literature and what he referred to as his “entertainments.” Two events in the book world last week highlighted that chasm.

On Thursday it was announced that Chinese novelist Mo Yan won the 2012 Nobel Prize for Literature, beating out heavyweight competitors like Haruki Murakami, Thomas Pynchon and Bob Dylan (yes, Bob Dylan). Besides the obvious prestige, the award also bestows a $1.2 million purse upon the winner. Sweet.

But not nearly as sweet as the publisher’s advance won earlier in the week by HBO’s Girls creator Lena Dunham. The twenty-something Dunham will be cashing a check from Random House for $3.7 million for her first book, tentatively titled Not That Kind of Girl: A Young Woman Tells You What She's Learned. Mo Yan’s prize, by contrast, is for his entire oeuvre (I always swore I would never use “oeuvre” in a sentence, but it just slipped out). Her book will supposedly be in the style of comedienne Tina Fey, whose own advance for Bossypants was a staggering $5 million.

Rob Spillman, editor at another publishing house, complained that for the sum they paid Dunham, Random House could have paid $10,000 advances to 370 more deserving authors: “Off the top of my head I could give you a list of 370 writers who would write books that would have longer-lasting cultural impacts than Dunham's 15 minutes of publishing glory.”

Maybe so, but for better or worse, Random House is in the business of nurturing bestsellers, not great literature (even though the latter sells very well in the longer run). The most wildly successful writers of recent years – perhaps of any year – have raked in riches from works that have earned more critical disdain than acclaim: J.K. Rowling’s Harry Potter series, for example, or Stephanie Meyer’s Twilight books, or most recently, EL James, who just sold the movie rights to her Fifty Shades of Grey erotica for $5 million. That’s on top of having already sold 40 million copies of it worldwide. Alexander Nazaryan at the Page Views book blog, who seems to share editor Spillman’s contempt for trashier fare, grumbles that the popularity of such books is a disheartening sign that “we are becoming a nation of illiterates.”

But not everyone dismissed Dunham so quickly. Slate’s Alyssa Rosenberg leapt to her defense with an interesting perspective:

Dunham's work on television and in the movies may not appeal to everyone, aiming as it does for humiliating, raw experiences. But part of what's interesting about her book project… is that it appears to be about turning that grueling embarrassment and those profound fuckups into the kind of wisdom that can move a girl from flailing disaster into dignified success. [emphasis added]

Great literature, both fiction and non-, has the power to entertain, move, teach, inspire, enlighten. But critics often underestimate how books that are, shall we say, less challenging sometimes unexpectedly have that power as well (okay, maybe not Fifty Shades of Grey). Wisdom is where you find it, and if Rosenberg and others like her find it in Lena Dunham’s raw, profane memoir, then more power to her.