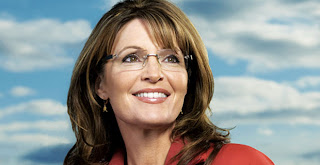 Americans are accustomed now to blatant bias from the left-leaning news media, whose façade of objectivity collapsed during Obama’s campaign and tenure in office. But even by the current dumbed down standards, , CNN took a shameful shot at Palin last weekend.

You may recall that eight months ago, the house band for NBC’s Late Night with Jimmy Fallon talk show introduced guest Rep. Michele Bachmann with a song called “Lyin’ Ass Bitch.” NBC ultimately issued a perfunctory apology for the outrageous Bachmann insult, and CNN quickly followed its gaffe this weekend with an apology of sorts as well: “The music selection was a poor choice and was not intended to be linked to any news story. We regret any perception that they were planned together.” A poor choice indeed, and most certainly intentional.

That incident came on the heels of a comedy performance on the Bravo network late last week in which ragingly hateful lesbian TV personality Kathy Griffin “joked” that Palin’s daughter Bristol is “a dirty whore” whose 17-year-old sister Willow is a future porn star. Hilarious. This was during a lengthy anti-Palin stretch of Griffin’s standup routine in which she ridiculed Wasilla (because leftists have contempt for small-town Americans) and Sarah Palin’s accent (because leftists have contempt for Americans with rural accents). The tolerant progressives among her Long Beach audience roared their approval of her mean-spirited ridicule. Imagine their outrage, though, if a conservative comedian like Dennis Miller made such vile, unfunny comments about the Obamas’ children.

The Palin-hating among so-called entertainers didn’t stop there. Also last weekend, British celebrity Russell Brand, who seems to be under the illusion that he’s a comedian, ended a panel at the Television Critics Association by offering this gutter explanation for Sarah Palin's appeal: “People want to f*** her. That's why they tolerate the other stuff.” Why he was asked his opinion about Sarah Palin is unclear from news reports, but it’s not unreasonable to assume that the questioner was hoping to elicit just such a vicious crack at Palin from notorious Republican-basher Brand.

Brand wasn’t expressing a deeply considered opinion about Palin; he was looking for the easy laugh and so he went straight for the crude and flippant joke. I have no doubt, though, that it reflects his true opinion. He has absolutely no clue about the real reason for Palin’s appeal to many conservatives, and not just because he’s British and doesn’t understand Americans and our politics. It’s because he, like Kathy Griffin and Jimmy Fallon’s bandleader and the producer at CNN who chose “Stupid Girls” and the left-leaning media and entertainment biz in general, is an elitist snob who can’t comprehend that someone like Palin – or indeed, any conservative – could be anything but a moronic backwoods bigot, undeserving of any serious consideration. Like many leftist celebrities, Brand is a sneering narcissist who can’t grasp that anyone of Palin’s ilk might embody deeply meaningful values that resonate with untold numbers of Americans.

Brand’s comment is also representative of the special vicious contempt the left holds for conservative women, because the right’s brand of feminism – in which women are not only smart, accomplished, attractive and strong but also fulfilled wives and mothers – puts the left’s anti-family version to shame. So Brand, as many others in the media have done before him, reduces Palin to a sex object. If you want to know what a real war on women sounds like, just listen to how people like Brand talk about conservative women like Palin and Bachmann.

In other foul-mouthed Hollywood news, albeit not Palin-related, former actress Ellen Barkin once again gave vent to her hatred of “rightwing f**kin’ morons” on Twitter, calling them “pro murder” and “evil a**holes,” ridiculing the death of conservative new media legend Andrew Breitbart, and then proclaiming without irony that no one “spews ugly violent hate like the right.” This was shortly after Rosanne Barr, another unhinged former celebrity, tweeted that Chick-Fil-A customers deserve to get cancer. Classy.

These are the voices of the self-proclaimed tolerant left. And the Palin-hating this week wasn’t limited to celebrities, of course. After former Vice President Dick Cheney said in an interview last week that he felt choosing Sarah Palin as John McCain’s running mate was a mistake, Cheney’s daughter Liz disagreed, expressing “huge respect” for Palin and saying she was “more qualified than Obama and Biden combined.” This brought on a torrent of Twitter bile from the sexist left, who labeled Liz Cheney a “blood-drinking cokehead” and “a cravenly insane right wing sack of lying sh*t” for supporting Palin.

Whatever one’s opinion of Sarah Palin – and even conservative opinions run the gamut – she is arguably more of a lightning rod for the left’s raging hatred than anyone except for perhaps George W. Bush. She has been a vital figure for the right if for no other reason than her ability to expose the misogynistic hate at the left’s core.