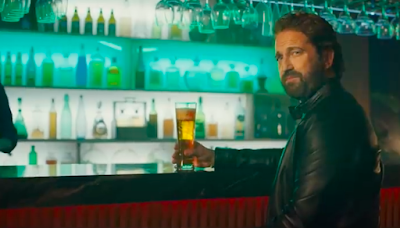 What do women want? According to one University of California at Riverside professor, the answer to the mystery which haunted Sigmund Freud is: other women. What do men want? The same professor believes the answer is that men want to be freed from the straightjacket of toxic masculinity, enabling them to enjoy more feminism and gender “equity”* in their relationships.

UC Riverside’s Jane Ward, author of The Tragedy of Heterosexuality and professor of – wait for it - Gender and Sexuality Studies, gave an interview with Insider last month in which she declared that surveys taken during the coronavirus pandemic have exposed the “tragedy” of lackluster heterosexual sex and the ongoing misogyny of heterosexual men. “She feels sorry for straight people, especially straight women, who typically report some of the lowest sexual satisfaction in society, Ward told Insider. But she also feels sorry for straight men, who are pigeon-holed into toxic-masculine culture that teaches them they both need, and yet should also demean, women.”

Ward’s book has been praised by The New York Times Book Review (naturally) and by something called Bitch magazine, which referred to the book as “a loving lesbian intervention.” She interviewed almost 100 men, women, and “non-binary” people of various sexual orientations about their thoughts on heterosexuality, and concluded that “from an LGBT perspective,” being straight “looks actually very tragic.” It’s unclear if Ward interviewed anyone about non-binary relationships and whether they look tragic from a heterosexual perspective.

“Straight culture is based in a presumption that men and women are really different kinds of people, that they want different things, that they have different interests, and that they are sort of opposite,” Ward claims. “And they come together sexually and romantically because opposites attract.” No, they come together sexually and romantically because they are biologically and emotionally complementary, not opposites. In any case, Ward’s view is that heterosexuality is not just tragic but also a danger to society, since “binary” traditions such as gender-reveal parties and large weddings have resulted in wildfires and coronavirus deaths.

According to the article, Ward asserts in her book that, prior to the late 19th century, everyone was cool with same-sex relations and didn’t refer to themselves as hetero- or homosexual: “Before then, people engaged in homosexual sex acts but it was just considered an act, not a type of person.” Ward goes on to state that when a person had sex with a member of the opposite sex it was for reproductive purposes, while sex with the same sex was pleasure-based and not for reproduction. Oh. Okay.

everything changed when Hungarian journalist Karl Maria Kertbeny coined the terms “heterosexual” and “homosexual” in the 1860s. Psychotherapists began to suggest heterosexuality was a superior “type” because it allowed for procreation. Thus a romanticized narrative of the gender binary, or idea that there are two genders of man and woman, was born. This story taught people that opposite-sex attraction, love, and family planning was the most natural way to do things.

So, no one before the 1860s believed heterosexuality, love, and families were “the most natural way to do things”?

Ward concluded, “I think that if men could recognize that equity and feminism are actually really central to a healthy and happy relationship, if that’s something they want, then they might be able to move further in that direction.” If she believes more feminism will make couples happier and more fulfilled, then despite her years of research she has no idea what men or the vast majority of women want.

In other toxic masculinity news: unconflictedly straight, unapologetically masculine actor Gerard Butler (Olympus Has Fallen, Machine Gun Preacher, 300) has found himself embroiled in controversy over a South African TV commercial he starred in for Windhoek beer. The ad has been banned by the country’s Advertising Regulatory Board (ARB) for promoting – gasp – “gender stereotyping.”

The commercial features Butler, described in the ARB’s decision as “a macho looking movie star,” remonstrating with a “gentle-looking” male bar patron who asks the bartender for a slice of lime with his Windhoek. “Hey,” interjects Butler from his nearby stool at the bar, where he himself is enjoying a pint. “That’s a Windhoek. It’s 100% beer. You don’t need any… lime,” Butler adds with barely-restrained contempt for the idea. The other patron takes a swig from his bottle and is pleasantly surprised to discover that Butler is right.

Most viewers would find the ad innocuous and even entertaining, especially given Butler’s growling, alpha male presence. But corporate and bureaucratic “wokeness” is notoriously humorless and over-sensitive, and so the ARB disapproved of how this scenario exemplified “the entrenchment of the role of men as having to behave in a certain way” and “the entrenchment of male behaviour that is bullying, and what has come to be labelled as ‘toxic masculinity.’”

Bullying? There is no indication in the ad that the bar patron felt shamed or intimidated, only taken aback that he was sharing the bar with a movie star. Nonetheless, the ARB complained that “the unspoken nature of the communication” itself “makes it particularly dangerous – the gender stereotype portrayed as so normal that it does not even require explanation.”

Dangerous. This ad depicting normal male behavior as, well, normal is dangerous. So it has been banned, because wherever wokeness rules, normality and masculinity are crimes against gender justice.

While all of the above may seem easy to dismiss as absurd, what underlies it is the very serious cultural Marxist imperative to dismantle the norms of the capitalist West – first and foremost the biological norms of heterosexuality and the nuclear family, the latter of which Karl Marx openly stated must be abolished in order for people to be free of the “serfdom” of bourgeois values. To accomplish this, the radical left has spent over a half century denigrating stay-at-home moms, smearing masculinity as poisonous, delegitimizing traditional marriage while suing into poverty anyone who doesn’t publicly celebrate same-sex marriage, inventing what even the White House now asserts is an “infinite” number of genders, and warping schoolkids about their sexual identity before they’re even old enough to realize they have one. And this agenda is spreading successfully throughout the Western world.

That, and not heterosexuality, is the real tragedy.

*             Keep in mind that “equity” is not the same as “equality.” Equity, in the social justice lexicon, means present discrimination to balance past discrimination – balancing out the purported inequalities of the past by reversing those inequalities in the present. Equity, and not equality (a word you never hear anymore), is the new Holy Grail of social justice activists, who keep moving the goalposts because true equality does not further their agenda to grip the reins of social, cultural, and political power. Hence, the old civil rights aim of treating everyone the same (equality) is passé – indeed, this ideal is now considered racism and white privilege. The new civil rights goal is to give special consideration (i.e. privilege, though it is never called that) to victim groups and to put oppressor groups (whites, “heteronormatives,” etc.) at the back of the bus.