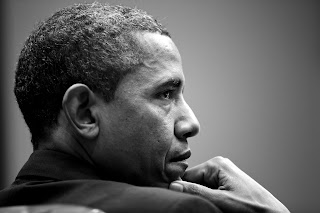 Rachel Dolezal, the white woman who rose to president of an NAACP chapter by pretending to be black. Jussie Smollett, the black actor who blamed a fake hate crime on MAGA hat-wearing, white rednecks. Senator Elizabeth Warren, who parlayed a false claim of Native American heritage into acceptance at Harvard Law School.  These are just a few of the most controversial recent examples of Democrats attempting to dupe the public in order to further their careers and/or their radical agendas.
That’s the theme of the new book Yes I Con: United Fakes of America by FrontPage Mag contributor Lloyd Billingsley, author of Hollywood Party: How Communism Seduced the American Film Industry in the 1930s and 1940s, Bill of Writes: Dispatches from the Political Correctness Battlefield, and more. In Yes I Con, Billingsley presents several exhibits of evidence of the left’s habitual fraudulence and self-deception, including Presidents Franklin Delano Roosevelt and Barack Hussein Obama, Somali-born Congresswoman Ilhan Omar and stolen valor perpetrator Sen. Richard Blumenthal, purported gay rights icon Harvey Milk and the aforementioned Elizabeth “Fauxcahontas” Warren, and more. He also indicts the left-leaning media’s complicity in covering up or turning a blind eye to these duplicities.
I asked Billingsley some questions about his new short book for FrontPage Mag.
Mark Tapson:           Lloyd, you open with a quote from Gibbon’s Decline and Fall of the Roman Empire about the conscience going silent in the “middle state between self-illusion and voluntary fraud.” Do you think the leftist deception you recount in the book stems more from self-delusion, outright fraud, or a combination? In other words, have leftists simply normalized and justified their deceit in their own minds?
Lloyd Billingsley:    It’s a combination and a process. Self-delusion can remain a personal problem until the person deploys it to deceive others. That requires the deluded party to silence the conscience in the progression to outright fraud. For example, no harm if Elizabeth Warren fancies herself a Cherokee, but it takes some doing to make that claim the basis of a career, more so to maintain it after the fraud has been exposed beyond any doubt. That’s what Gibbon was on about.
MT:     The foreword to your book is titled, “The Syndrome Beyond Satire.” What is the syndrome beyond satire?
LB:      It’s all about subjunctive mood, which used to give me trouble until a French professor nailed it as the sense of irréalité. Under today’s dictatorship of the subjunctive mood, unreality prevails. The world will end in twelve years, Green New Dealers warn. Hillary Clinton proclaims Army veteran Tulsi Gabbard a “Russian asset.” MAGA-hatted rednecks attempt to lynch Jussie Smollett in Chicago. And so on. It’s all “unreal,” as we used to say in the sixties.
MT:     One of your chapters addresses murdered – some would say “martyred” – San Francisco supervisor Harvey Milk, who has been lionized by the left and immortalized on film as a gay rights champion. What’s the truth about Milk?
LB:      Milk was something of a ne’re-do-well who managed to get elected in San Francisco. He’s billed as the first “openly gay” candidate but never outed as the pederast he definitely was. Milk was not, as he claimed, kicked out of the Navy for being gay. His murder was all about [fellow SF supervisor] Dan White trying to get his job back, as Dianne Feinstein said at the time, and had nothing to do with homosexuality. To say the least, his martyr status is much in doubt.

MT:     One of the lesser-known figures you cover is San Diego congressional candidate Ammar Campa-Najjar, whose Palestinian grandfather was one of the terrorists who killed 11 Israeli athletes at the Munich Olympics. Can you elaborate a little on what he might be concealing?
LB:      After the Israelis took out his grandfather, Ammar’s father was on the run across the Middle East, so Ammar could be concealing any role his father played with the Black September terrorists. Campa-Najjar claims his father wanted to come to the United States and that the USA “wanted him” as an immigrant. It remains uncertain if Ammar’s father ever came to the United States, but he is an official with the Palestinian Authority, and boastful of his father’s role in the Munich massacre. If Ammar has any documentation for these moves he might be hiding it.
Ammar says he moved from San Diego back to Gaza, then back to San Diego again. Ammar compares the 9/11 attacks with the vandalization of his Islamic school in San Diego. In 2012 he gets a job with the Obama administration, then in 2018 he runs against a vulnerable Republican. All very convenient, and mysterious.
MT:     Much of the book focuses on Barack Obama. Why do you describe his purported autobiography Dreams From My Father as “historical fiction”?
LB:      I’m quoting the ex-president’s official biographer, David Garrow, the Pulitzer Prize-winner who in the 2017 book Rising Star: The Making of Barack Obama proclaimed the Dreams book a novel and the author a “composite character.” In Yes I Con, I cite reasons why even the casual reader back in 1995 would see it that way. The fictions jump right off the page and Garrow cites reporters who say the composite character’s story is “not entirely true” and something he and [former Obama advisor] David Axelrod cooked up. As we know, the composite character became president of the United States, a development of some importance.
MT:     What is the left-leaning news media’s role and responsibility in all this “self-illusion and voluntary fraud,” from Franklin Delano Roosevelt all the way through Elizabeth Warren?
LB:      FDR demanded that reporters take no photographs of him in a wheelchair and the reporters obeyed. The White House laid down the rules and reporters essentially protected the president. It took nearly half a century for the “splendid deception” story to emerge in any detail. This is a case of what Julien Benda called la trahison de clercs, or as Roger Kimball puts it, the treason of the intellectuals.
In similar style, the establishment media, “presidential historians” and such accepted Dreams From My Father as authentic autobiography and attacked skeptics as “birthers,” racists and so forth. This continues after David Garrow proclaimed the Dreams book a novel, the author a composite character. As Saul Bellow said, a great deal of intelligence can be invested in ignorance when the need for illusion is deep.
The establishment media failed to challenge Campa-Najjar’s unbelievable story but did better exposing Warren’s false claims and Sen. Richard Blumenthal’s fakery about serving in Vietnam. On the other hand, neither resigned from the Senate and Warren seeks the presidency of the United States. The dictatorship of subjunctive mood is bad news for those committed to facts, truth and reality. The cons, fakes and frauds never have to say they’re sorry.
From FrontPage Mag, 1/20/20
at 8:55:00 AM