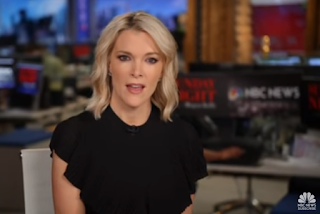 Sunday night NBC’s Megyn Kelly interviewed conspiracy theorist Alex Jones on her new show. The event was the anti-climactic culmination of an almost Shakespearian degree of ambition, manipulation, betrayal, and drama starring two media egos using each other to advance their personal agendas. In the end, not only did Jones dodge Kelly’s questions, but larger questions remained unanswered as well: should Kelly and NBC have given a platform to the controversial Jones in the first place? Would it have been wiser to ignore him than to expose him? Did it serve the common good or just further poison the cultural atmosphere?
A little background about the career journeys of our main characters. Megyn Kelly, formerly a Fox News superstar, is now struggling to establish herself at NBC News as a Barbara Walters-level household name. She saw an interview with the bombastic Jones as an opportunity simultaneously to boost her ratings and to discredit an influential critic of the embattled mainstream media, of which she is a less-than-beloved member.
Meanwhile, the buzzsaw-voiced Jones built a widespread, loyal online following, largely on the strength of his exploitation of sick conspiracy theories. His influential InfoWars website (slogan: “There’s a war on for your mind!”) has pushed claims that the 9/11 attacks were an inside job, the massacre of schoolchildren at Sandy Hook was a hoax, and a Washington D.C. pizza parlor was the center of a Democratic Party-linked child sex trafficking operation. On occasion he has been legally forced to retract, and apologize for, outrageous lies.
It’s unfortunate that the mainstream media, including Kelly, often refer to Jones simply as a conservative radio host, as if he were in the same respectable league as a Mark Levin or Dennis Prager. Jones is in fact a shrewd demagogue and, as his own lawyer put it during a recent divorce proceeding, a “performance artist playing a character.” Any legitimate political insights and information Jones may have to offer are hopelessly tainted by his con artistry and unapologetic conspiracy peddling. In any case, he knows what drives ratings, and that’s putting on a show of being aggressively unhinged for the cameras. Witness his repellant appearance on Piers Morgan’s show, or his screaming takeover of a BBC One program, both of which went viral.

When it was announced that Megyn Kelly would devote a segment of her show to an interview with Jones, some of her cohorts in the media warned against giving such a megaphone to a snake oil salesman. As Kelly herself explained in the introduction to the interview:
“Some thought we shouldn’t broadcast this interview because his baseless allegations aren’t just offensive, they’re dangerous. But here’s the thing: Alex Jones isn’t going away. Over the years, his YouTube channel has racked up 1.3 billion views. He has millions of listeners and the ear of our current president.”
Kelly’s argument was that the popular Jones is newsworthy and that far more reprehensible figures such as dictators and mass murderers have been worthy interview subjects. Her strategy was to give Jones that megaphone and let him hang himself with it, to mix my metaphors.
But Jones outwitted her by preemptively leaking a secretly-taped phone conversation in which Kelly assured him that the interview would not be “gotcha” journalism. He knew this would enable him to call her a liar and blame the conspiratorial mainstream media for making him look bad if she turned the interview into a hit piece, which in fact she did.
The interview itself was a disappointment, a critical profile featuring only a few snippets of conversation between a skeptical Kelly and a profusely sweating Jones. He looked like the proverbial deer in headlights as he avoided owning up to his own conspiracy accusations.
But InfoWars predictably spun the interview as an attempt to smear the courageous truth-teller Jones. His fans saw the heavily-edited piece not as an embarrassment for their guru but as confirmation that the Bilderburg conspirators pulling the media’s strings feel threatened by him.
Unfortunately for Megyn Kelly, the interview boosted neither her reputation nor her ratings, and it didn’t bring down Alex Jones. “If the goal was to expose Jones,” Vanity Fair concluded, “it only seemed to give him more oxygen.”
Then should she have refused to interview him? That is the dilemma at the heart of this media debacle. When it comes to charismatic, potentially dangerous personalities with a cult-like following, exposing them can be as risky as ignoring them until it’s too late (see, for example, the more extreme and disturbing tale of another Jones – Reverend Jim). Megyn Kelly took the risk and Jones emerged from the interview stronger than ever among his followers.
Hindsight is 20/20, but Kelly or her bosses should have considered that she had everything to lose and Jones everything to gain from this interview. They underestimated the InfoWars honcho, who knew how to exploit the current climate of suspicion and anger toward the “fake news” media. All things considered, NBC would have been better off depriving Alex Jones of more oxygen.
From Acculturated, 6/20/17
at 1:09:00 PM