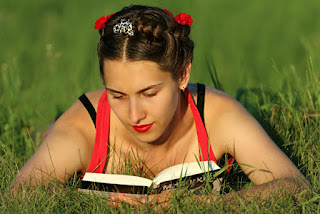 Many colleges have a “common reading program” which assigns incoming students a book to read over the summer before starting school in the fall. The National Association of Scholars (NAS) has just released its annual study of these programs, and the findings, while not unexpected, are a disheartening indication of how higher education is shortchanging our youth – and our culture.
The Beach Books Report (BBR) is an examination of the common reading programs of 348 colleges and universities in nearly every state in the country – 58 of them identified by U.S. News & World Report as among the top 100 universities in America, and 25 among the top 100 liberal arts colleges. Thus, you might expect from them reasonably challenging reading assignments that reflect the highest quality education – but you would be wrong. If you assumed that the recommended books include such classics as, say, St. Augustine’s Confessions or even Ralph Ellison’s more modern Invisible Man, then you are blissfully ignorant of the intellectually shallow state of our purported institutions of higher learning.
The NAS study revealed that colleges rarely assign classic works anymore; in fact, all the books in the common reading programs for the academic year 2016-2017 were published during the students’ lifetime – 75% of them since 2010. Moreover, a significant number of the readings demonstrates the degree to which “high culture” has capitulated to pop culture: many are graphic novels, young adult novels, books based on popular films and TV shows, and books associated with the left-leaning National Public Radio (NPR).
The NPR factor comes into play because the books’ themes are increasingly politicized and heavily weighted toward social justice activism. Indeed, as FrontPage Mag’s Jack Kerwick notes in his article about the BBR, the reading programs’ mission statements emphasize “non-academic goals” such as “building community or inclusivity.”

The BBR’s authors note that the themes strongly reflect “the common reading genre’s continuing obsession with race… and its progressive politics.” The “most popular subject categories this year were Civil Rights/Racism/Slavery (74 readings), Crime and Punishment (67 readings), Media/Silence/Technology (34 readings), Immigration (32 readings), and Family Dysfunction/Separation (31 readings).” The most routinely assigned text is Bryan Stevenson’s nonfiction work Just Mercy: A Story of Justice and Redemption. Its theme is “African-American” and its subject categories are “Civil Rights/Racism/Slavery” and “Crime and Punishment.” In fact, those two were the most popular subject categories for the last three years in a row.
The report laments that the “ideologically-constrained” reading selections have become “homogenous” and “predictable,” and that the programs promote progressive dogma and activism rather than encourage “the virtues of the disengaged life of the mind.” The BBR’s damning conclusion is that this politicization makes “the common reading genre parochial, contemporary, juvenile, and progressive.”
By contrast, the National Association of Scholars appends its own list of 80 recommended books appropriate for college common reading programs. It includes such classics as the aforementioned Confessions and Invisible Man, and Bunyan’s The Pilgrim’s Progress (once the most widely-read work in English besides the Bible), as well as the usual – or perhaps not so usual anymore – suspects such as Shakespeare, Dostoevsky, and Orwell.
Disturbingly, however, students for decades now have been too often brainwashed into shunning the wisdom of all those Dead White Males, disconnecting themselves from our common culture, and instead, embracing an historical narrative of oppression and victimhood that molds a false identity for them based on tribal classifications of skin color, class, and gender. That way lies the death of the individual, of culture, and of civilization itself.
Steering our youth toward ideological activism is not education – it is indoctrination. Education teaches students how to think; indoctrination teaches them what to think. The classics stand the test of time precisely because they soar above petty political divisions and touch us through our common humanity. They convey the wisdom (and folly) of the ages from one generation to the next. They challenge us intellectually, morally, and spiritually. They help us to feel at home in the world, and to begin to understand who we are.
A people that rejects this cultural heritage is collectively committing suicide, and that’s where our politicized educational system has brought us. The identity politics that has infested our culture and is turning campuses into anti-intellectual, racially-charged battlegrounds is divisive and subversive (exactly what the cultural Marxists who created it intended). This rejection is evident in the demands we are witnessing for the annihilation of historical monuments on American campuses – the same barbarism that animates ISIS to destroy non-Islamic cultural artifacts.
It would be unfair to blame all this on our institutions of higher learning. Our educational system is broken from top to bottom, from pre-K through college graduation. The dumbing down of America is a broader cultural problem, not simply an academic one, and it will require a Herculean effort to reverse our decline. Something like 60% of students entering college today need remedial work; they won’t be intellectually elevated simply by recommending more challenging summer reading – but it’s a start.
From Acculturated, 5/31/17
at 12:33:00 AM