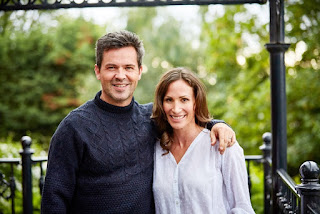 The Times’ Nicholas Kristof wrote an op-ed recently with the outrageous title “Husbands Are Deadlier Than Terrorists” in which he compared the relative risks to Americans of “two critical issues: refugees and guns.” He concluded, predictably, that terrorists slipping in among an influx of refugees are a negligible threat, while guns are the pestilential scourge of our time.

This is hardly a convincing argument for shrugging off the threat of terrorism. Yes of course, lots of things kill more Americans annually than terrorists do (especially if you rule out the 9/11 attacks, which those like Kristof who wish to diminish the threat always do): car accidents, cancer, crack cocaine, for example. But we have a healthy respect for all those dangers and take every possible precaution to diminish them; likewise, we should take any and every measure to stem terrorism. It’s illogical and irresponsible to say that terrorism is a manageable threat just because drunk drivers kill more of us. No one argues, for example, that we shouldn’t do everything in our power to prevent home fires just because diabetes takes more lives.

Gun violence is an indisputably critical issue, and if that had been the extent of Kristof’s argument – that guns are a more serious concern than Islamic terrorism – then that is a legitimate starting point for a debate. But in pressing his point he overshoots the mark and makes the same sort of broad-brush, offensive accusation that liberals like Kristof scold others for making about all Muslims: “Above all, fear spouses,” he warns. “Husbands are incomparably more deadly in America than jihadist terrorists.”
Not men, but husbands. Not gangbangers, drug addicts, the criminally insane, or violent unmarried young males, but husbands. Not strangers, boyfriends, baby daddies, or jealous exes, but husbands. What a perverse way to dismiss the very real – and growing – danger of terrorism and to exaggerate gun violence: by asserting that American husbands are the truly lethal threat.

They are so deadly, he claims, because in this country they have “ready access” to firearms – as if any man can pull into the neighborhood 7-11 and walk out with some snacks and a Glock. Kristof makes no allowance for the fact that the most serious threat from gun violence in this country is from the criminally insane, gang members, and – ironically – jihadists like those who massacred 14 people in San Bernardino in December 2015 and nearly 50 more in a Florida nightclub six months later.

He even had the nerve to say that, “In other countries, brutish husbands put wives in hospitals; in America, they put them in graves.” What a disgraceful smear of American men. And apparently Kristof has never heard about honor killings.

Is husband-on-wife domestic violence a serious problem? Of course. But – borrowing from the common argument that terrorists constitute only a tiny minority of Muslims – only a small minority of husbands physically abuse their wives, and a much smaller minority than that murder them with guns. It should go without saying that any number of such victims is too high, but the point is that the vast majority of husbands don’t commit uxoricide. They are decent men who love their wives and families, work hard to provide for them, and indeed would lay down their lives for them.
In our kneejerk cultural impulse to show effusive support for women (not that there’s anything wrong with that, as Seinfeld might say), we unfortunately have become correspondingly casual about culturally demonizing men. In his ideological rush to minimize concerns about jihad and maximize our fear of gun owners, the New York Times’ Nicholas Kristof has unfairly – indeed, shamefully – mischaracterized American husbands as the real enemy.
From Acculturated, 2/28/17
at 9:47:00 AM