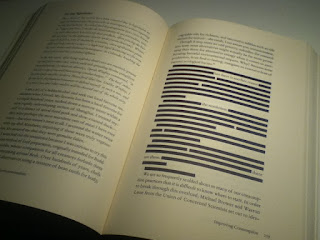 Nothing so surely kills artistic expression and the free spirit of the imagination as political dogma. When politics hijacks art the result is propaganda – a blunt instrument of control instead of a vehicle for transcendance.
The Chicago Tribune reports that book publishers have begun making increasing use of so-called “sensitivity readers” to examine manuscripts and to offer feedback in terms of any racist, sexist or otherwise offensive content. Such readers sometimes specialize in areas of expertise that an author might lack, such as “dealing with terminal illness,” “racial dynamics in Muslim communities within families,” or “transgender issues.”
“The industry recognizes this is a real concern,” said Cheryl Klein, an editor at Lee & Low Books. It’s a concern because, thanks to the politically correct crime of “cultural appropriation,” novelists today are under unprecedented pressure to avoid potential stereotypes and create more “authentic” characters from “marginalized groups” – especially when the author is not a part of that group.

Last year, for example, Harry Potter creator J.K. Rowling was savaged by Native American readers and scholars for her story called “History of Magic in North America,” which they claim she portrayed Navajo traditions in a way that “perpetuates colonialist perspectives” and “appropriates and erases Native American culture,” as Salon put it. Similarly, young adult author Veronica Roth, author of the bestselling Divergent, caught heat for her new novel Carve the Mark, which was called not only racist but “ableist.”
Dhonielle Clayton, a New York sensitivity reader, told the Tribune,
“Books for me are supposed to be vehicles for pleasure, they're supposed to be escapist and fun. They're not supposed to be a place where readers encounter harmful versions and stereotypes of people like them… [U]ntil publishing is equitable and people are still writing cross-culturally, sensitivity reading is going to be another layer of what's necessary in order to make sure that representation is good.”
Stacy Whitman, an editorial director at Lee & Low, concurs: “Everyone's goal is a better book, and better representation contributes to that.”
But does it make a better book? Is this process shaping better writers or just politically straitjacketed ones?
Naturally, all writers want to bring their characters to life as authentic and believable; but in the past, if characters and the setting in a book didn’t ring true, it failed as a work of art, and the resulting obscurity was punishment enough for a writer. Today, thanks to the relentless, unforgiving scrutiny of the PC police, writers are becoming paralyzed less by the fear of making bad art than by being smeared as racist/sexist/ableist/colonialist/the-list-never-ends. Their creativity and imagination are being stifled by the growing cultural totalitarianism of identity politics, which divides everyone into rigid categories of racial/gender victimhood and pits them against their supposed oppressor. Anyone whose art steps outside those boxes risks not mere obscurity but personal shame and social ostracism.
As the Tribune notes, “This potential for offense has some writers scared.” Indeed. Young adult author Susan Dennard, for example, recently hired a transgender fan to review her portrayal of a transgender character. That’s fine; it’s admirable that she wanted to get it right. But her motivation was not so much artistic perfectionism as fear. “I was nervous to write a character like this to begin with, because what if I get it wrong? I could do some major damage,” Dennard fretted.
The real damage would be to her personally, if she is publicly labeled a bigot of some sort for failing to craft a politically acceptable depiction of a character from an officially designated victim group outside the bounds of her own experience. Such a cancerous smear metastasizes all over the internet at the speed of tweet, potentially destroying one’s career and life.
To show the sad depth to which identity politics is dragging art: some sensitivity readers actually worry that they may be contributing to cultural appropriation by helping white authors write more “authentic” black characters, for example.
“It feels like I'm supplying the seeds and the gems and the jewels from our culture, and it creates cultural thievery,” said Dhonielle Clayton, who is black. “Why am I going to give you all of those little things that make my culture so interesting so you can go and use it and you don't understand it?”
Besides the fact that complaints of cultural appropriation reveal a fundamental misunderstanding of how culture develops, they also expose a wrongheaded collectivist assumption that all blacks, or all transgenders, or all [fill in the blank] have the same experience, worldview, and values, and that the imagination has no authority to cross the racial/gender borders drawn by cultural Marxists as part of their divide-and-conquer strategy.
Where is this leading? Will the PC pressure cooker intensify until only black authors are allowed to write black characters, only Muslims are allowed to imagine Muslim characters, only lesbians can create lesbian characters, and so on? Gustave Flaubert once famously declared of his most enduring character, “Madame Bovary, c’est moi.” Today the heated outrage generated by such a gender-insensitive presumption would incinerate him.
The Tribune article cited William Styron’s 1967 novel The Confessions of Nat Turner as an example of problematic cultural appropriation, since Styron was white and the book was narrated from the slave Turner's perspective. Presumably a sensitivity reader analyzing Styron’s manuscript today would take serious objection to his attempt to get inside the mind of a black slave in the 19th century and authentically represent that experience. The book might not even get the publisher’s green light.
What the Tribune neglects to mention is that The Confessions of Nat Turner won the Pulitzer Prize for fiction. Flaubert’s and Styron’s celebrated novels exemplify the power of the human imagination to soar above the rigid constraints of identity politics to create something that touches our common humanity. In the brave new publishing world we are shaping in which “cultural thievery” is the ultimate crime, that will no longer be possible.
From Acculturated, 2/19/17
at 3:30:00 PM