Men, Your Manliness is Macro-Aggressing the Earth 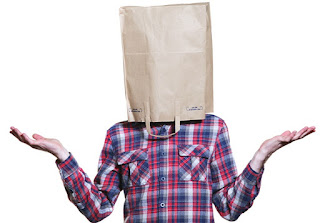 Just when you think the intellectual class has run out of ways to disparage and diminish masculinity, The Washington Post sank to a new nadir this week with a blog post rather comically titled, “Your manliness could be hurting the planet.” It reports on a study which concludes that men might be avoiding environmentally beneficial behavior because they associate it with femininity, which makes them insecure about their “gender identity.” So men who are reluctant to change their macho ways and embrace their feminine side are putting humankind and the planet at greater risk.

WaPo begins by pointing out that women generally are more environmentally conscious than men. They use less fuel and energy, eat less meat, and are more concerned about climate change. In fact, a 2011 survey found that 82 percent of adults, both men and women, believe “going green” is more ladylike than manly. Now University of Notre Dame business professor James Wilkie and his team have published a study which asserts that the male resistance to being more environmentally gung-ho may stem from this widely-held impression that green consciousness is a feminine thing. “As a result of this stereotype,” Wilkie concludes, “men may be motivated to avoid or even oppose green behaviors in order to safeguard their gender identity.”

The study shows, for example, that items designed to protect the planet, like reusable bags or “green” batteries, are perceived to be less manly than the alternatives. When presented with two versions of the same “green” car, men preferred the model called “Protection” to the “Eco-friendly” one. They even responded more favorably to environmental nonprofits with “masculine” logos – i.e., with darker colors and bold fonts —than to logos that displayed brighter tones and “frilly” letters.

“Stereotypical feminine behavior and attitudes are more in parallel with taking care of the environment,” Wilkie wrote. “Male traits tend to conflict with this idea of maintaining a nice environment for other people.” He blames the stereotype of environmentalists as tree-hugging hippies, scorned by more rugged men. He also noted that men face greater peer pressure for stepping outside gender norms. “If a man at a bar were to order a girlie drink, he might get some looks,” Wilkie said. “He might get some snickers. He might even get into a fight.” (He neglects to mention that a man who orders a girlie drink is more likely to get those looks and snickers from the women at the bar) On the other hand, if a woman orders a whiskey on the rocks, “some people might even be impressed.”

Carrie Preston, director of the Women’s, Gender and Sexuality Program at Boston University, is disturbed that men persist in preferring masculine aesthetics and behavior. “That says what’s feminine is bad, is lesser, is second class,” she said. No, that’s not what it says. Men don’t avoid the appearance of femininity because they think “feminine” means “lesser,” but because most men simply prefer being men doing manly things. It’s their nature, although you won’t find too many women’s studies directors (or WaPo bloggers) who believe that masculinity and femininity are anything but unnatural cultural constructs.

Perhaps some of the reluctance of many men to throw themselves into saving the planet has to do with the fact that men have spent the course of history carving civilization out of an implacable, unforgiving wilderness. They know that Nature is not the nurturing bosom of a loving Mother Gaia but an ever-ruthless challenge to human life. Many men still earn their daily bread, and that of their families, by wrestling with Nature, some in a literally life-and-death struggle. That is one reason why men use more fuel and energy than women, eat more meat, and are less concerned about their negligible effect on the climate than they are about supporting their wives and children and communities. They are certainly less concerned about it than are gender-obsessed academics, who have the leisure to fantasize about fashioning utopia through the deconstruction of human nature.

The WaPo piece concludes that marketers, armed with the insights of this study, could draw more men to the green movement “through masculine affirmation and masculine branding.” Yes, they could, and that makes perfect business sense. But the undertone of this WaPo piece and the study itself suggests that the broader goal is not simply to sell environmentalism better to men by finding what appeals to them, but to fundamentally transform their masculinity, to break down “gender norms” so that men are less inhibited about appearing effeminate.

Though the connection may not be immediately apparent, this is an example of what Third Wave feminism hath wrought. The impetus for that radical stage of feminism has always been, not equality between men and women, but the obliteration of traditional gender roles and the traditional family unit. That requires demonizing masculinity until males essentially are neutered out of existence (while pushing women to adopt attitudes and to step into roles previously considered masculine). This latest charge against men – that masculinity is a threat to the environment, which pagan environmentalists value more than humanity – is another salvo in that assault.

Fortunately, if the comments section is a good indication, not even most of the Washington Post’s readers buy into this misandrist argument.