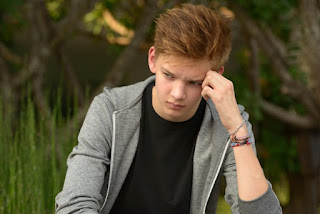 Last week a proud feminist single mom posted a piece in The Washington Post in which she shamed her 16- and 18-year-old sons for not taking a more proactive stand to combat rape and misogyny. For anyone who needs a guide on How Not to Turn Your Children Into the Social Justice Warriors You Desperately Want Them to Be, “My Teen Boys Are Blind to Rape Culture” is it.

Jody Allard is a Seattle-based writer on issues related to feminism, parenting, and social justice, who describes herself as a happily single mother of seven. In previous articles she has had no compunction about sharing very personal experiences such as surviving rape, her self-loathing over a malformed hand, three failed marriages, a son’s suicidal depression, and a husband’s emotionally lacerating infidelity. She also has no compunction about publicly embarrassing her sons by declaring them “part of the problem” of rape culture and by labeling at least one of them a “rape apologist” over his reasonable belief that accused rapists should be considered innocent until proven guilty.

In her most recent WaPo confessional, Ms. Allard is disturbed and frustrated that her two teen sons aren’t more active allies with her against what she insists is our rape culture. As I’ve written elsewhere, America doesn’t have a rape culture; we have a culture in which rape is considered a heinous crime and those convicted of it – and sometimes those merely accused of it – are viewed as monsters. Does this mean that rape is uncommon or that our legal system’s handling of such cases isn’t sometimes problematic? Not at all. Does this mean that our pop culture isn’t hyper-sexualized or that it doesn’t objectify women? Not at all. But if you want to see a rape culture, travel to rural areas in Afghanistan or Iran or India. There is no such equivalent here.

Jody Allard’s sons agree. They roll their eyes when she raises issues of rape, consent, and sexism at the dinner table. “There’s no such thing as rape culture,” one tells her. “You say everything is about rape culture or sexism.” Their mother’s sense of betrayal is palpable:

My sons, who are good boys and who know all about consent, do not speak out about consent. Not when it’s uncomfortable. Not when it might jeopardize their social standing. My sons who hate hearing about their own privilege nestle inside it like a blanket and accuse me of making up its existence.

“I never imagined I would raise boys who would become men like these,” she laments. “Men who deny rape culture, or who turn a blind eye to sexism.”

Apart from her disturbing willingness to disparage her sons in a national newspaper, Allard also isn’t helping matters by pushing the boys away with her obsessive cause. “They’ve been listening to me talk about consent, misogyny and rape culture since they were tweens,” she explains, which is probably the reason they argue and resist becoming the social justice warriors she wants them to be: she’s been hectoring them for years about rape culture and they’re sick of hearing about how they’re complicit in “toxic masculinity” unless they’re also hectoring their male friends about it:

My sons are good boys... [but] when it comes to speaking out against rape culture and questioning their own ideas and behavior, they become angry and defensive. Not all men, they remind me, and my guts wrench as my own sons mimic the vitriol of a thousand online trolls.

It’s not trolling to point out, as her sons rightly do, that not all men are rapists or are enmeshed in some sort of patriarchal conspiracy against women. It’s unnecessary for her to declare that “anyone who isn’t with us is against us.” The vast majority of American men – your sons included – already are with you, Ms. Allard, in terms of finding rape to be unconscionable behavior. Also, she conveniently neglects to mention that many of today’s young women – girls, really – sadly are far from the passive victims of male sexual aggression that she makes them out to be (cue the cries of “Slut-shaming!”). Those young women must bear their share of responsibility for the current confusion about sex, consent, and assault.

Despite her misgivings, Allard seems to have raised decent boys, and that’s admirable. But she also seems to have no self-awareness about how her relationship with her sons is in danger of being warped, if it isn’t already, by her own issues with men, which become apparent as you examine some of her other work. Instead of inspiring her boys to activism, her habits of substituting a lecture on misogyny for dinner conversation and of discussing her disappointing children with Washington Post readers is obviously creating an awkward tension that may ultimately drive them away from her.

What Allard’s boys and others like them need is not a troubled feminist determined to enlist them in her social justice mission, but a good father or other close masculine role model to serve as a living, breathing demonstration of how to be a man who respects and protects women. Boys are far more likely to respond to a strong, good man’s quiet example than to Mother scolding them about their participation in the sexual victimization of women. Unfortunately there’s no indication in her article that these boys have anyone like that in their lives.

Allard is correct that good men must be ready to come to the defense of women, but guilt-tripping our sons about their male privilege, “culpability,” and “toxic masculinity” is not the way to mold good, honorable, proudly masculine young men who are respectful of women.