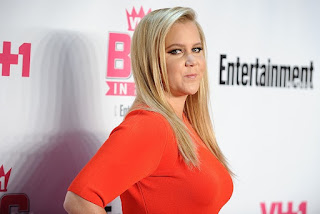 “I believe that any accusation of sexual assault is a serious charge that should be taken seriously,” he continued, “and that UCB should have notified the police or at least encourage the victims to go to police before attempting to handle it themselves with an ‘internal investigation.’” Absolutely right. This reasoning similarly should apply to college campuses, where sexual assault allegations should be handled by law enforcement, not timid school administrators terrified of litigation and feminist backlash.

Despite his graceless, provocative defense of Glaser, Metzger’s point about the injustice of the avalanche of internet condemnation of a man accused of rape holds true. Certainly, as he said, we should take rape accusations seriously and vigorously pursue the truth. But this is a matter for the law, not mob justice, and in our system of law, the accused is innocent until proven guilty. False accusations that spread like wildfire on the internet are not just irresponsible, they are inexcusable.

Let’s make this crystal clear: rape is a heinous crime, and as the father of three daughters I could not feel more strongly about protecting women from it and punishing offenders severely. It should never be dismissed as mere “boys will be boys” behavior, nor should victims be treated falsely as liars or as having “asked for it.” Victims should feel protected and encouraged to come forward, and there are problematic legal procedures that need to be addressed as well.

But precisely because the crime is so serious, it is all too easy in this age of instantaneous, worldwide social media outrage to leap to conclusions and publicly damn the accused. In the understandable rush to sympathize with the female accuser, it’s easy to ruin innocent men’s lives; even defending the right of the accused to a fair trial, as Kurt Metzger did, now gets one smeared as a rape apologist. This ugly rush to judgment is not justice and it does a disservice to both men and women, driving the cultural wedge between the sexes even deeper.

Web anonymity empowers every bully who has an internet connection, and “social justice” conformity encourages unquestioning, self-righteous anger. This is a toxic combination. Such a mob mentality must be resisted and denounced whenever it rears its ugly head. Metzger was right to call out the mob regardless of whether or not Aaron Glaser is ultimately found guilty, in which case the law will handle it. That is justice.

Originally posted as “Why Did Amy Schumer Throw Her Writer to the Internet Wolves?”