Harambe the Gorilla and Our Disconnect from Nature 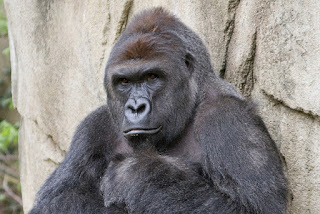 Over the Memorial Day weekend dramatic cell phone video emerged of a Cincinnati Zoo gorilla named Harambe getting hold of a 4-year-old boy who had managed to get into the gorilla’s habitat. Harambe dragged the boy through the habitat’s moat like a rag doll and ultimately hauled him up onto the habitat, where the zoo's Dangerous Animal Response Team was forced to kill it with a rifle. The boy was in “imminent danger,” as the zoo’s director said. “We are heartbroken about losing Harambe, but a child's life was in danger and a quick decision had to be made.”

Indeed it did. While it is certainly regrettable that the animal had to be put down – and the decision was not made lightly – the situation was volatile and the increasingly agitated animal was unpredictable. It suits our naïveté to think of the 17-year-old Harambe as a gentle giant, but gorillas are enormously strong and classed among the most dangerous creatures in the animal kingdom: tigers, lions, bears, etc. The alternative to killing Harambe might have been a dead 4-year-old. But instead of a collective sigh of relief about the boy’s safety, hysterical outrage over the gorilla’s death roiled the internet.

The social media lynch mob, always at the ready to judge and bully, erupted in anger over what it perceived to be the mother’s negligence. Comedian Ricky Gervais, who has no children himself because they’re “a hassle” and jokes that irresponsible parents should be sterilized, tweeted that some gorillas make better parents than some humans. Comedian DL Hughley and others actually suggested that criminal charges be brought against her. A Change.org petition called – ludicrously – “Justice for Harambe” which urges that the child’s “home environment” be investigated has garnered nearly 360,000 signatures so far. Ostensibly concerned about the safety of the child, the petitioners are in fact pushing for the parents to be harassed by Child Protective Services. This isn’t justice; it’s vindictiveness.
Others blamed the zoo for insufficiently securing the habitat against such accidents and for shooting Harambe rather than tranquilizing him or, as the chairman of The Gorilla Organization suggested, “negotiating” with him using bananas (the zoo ruled out tranquilizer darts because they would not have taken immediate effect and would only have further provoked an already spooked animal).
I can remember a time when zoos were little more than cages; these days most zoo animals are better off pampered in habitats than scraping for survival in the wild. Yet, PETA and many others are up in arms over the very notion of zoo captivity:

maybe this is why we shouldn't PUT ANIMALS IN CAPTIVITY CAUSE THEYRE NOT ON THIS EARTH FOR OUR DAMN ENTERTAINMENT #RIPHarambe
— mo lang (@mlangfordx) May 29, 2016

Others simply blame humanity itself:

Humans imprison gorilla. Human enters gorilla prison. Gorilla gets shot dead for being near human. Humanity is a disease.
— daniel (@13forests) May 30, 2016

Aside from the ugly controversy over who is at fault, the broader issue here is what this hysteria over the tragic but necessary killing of a potentially lethal animal to save a child says about us.

We in the First World are normally far removed – thankfully –from the brutal reality of the natural world. Most of us rarely if ever even kill our own food, a state of comfort practically unprecedented in history. Decades of cultural influence from the environmental movement and animal preservation groups have made us irrationally sympathetic to and trusting of nature and, for some, even self-loathing as a species. We anthropomorphize animals whose true nature we don’t understand; thus, the kneejerk misperception of many is to believe not only that Harambe posed no threat, but that he was even being protective of the boy. One wonders if such animal apologists would have responded with as much anguish if the boy had died instead of Harambe.
A month ago tigers at a Florida zoo killed their experienced keeper, a 38-year-old woman. It’s unclear exactly what happened, but Dave Salmoni, a host for Animal Planet, said that regardless of the relationship between trainer and tiger, once she entered the big cats’ enclosure, “the tiger would have looked at her like a ball of yarn to play with. Once she started to struggle or moved quickly, that tiger's primal hunter instinct would have then come into play.”
We are so out of touch with our primal instincts that we think of zoo animals, and perhaps even all animals, as docile and lovable, not deadly predators; indeed, we consider ourselves the most dangerous species and the greedy despoilers of an idyllic nature. While there may be a degree of truth to this, it’s dangerously naïve to downplay the ruthlessness of the natural order or to assume that peace and harmony are the norm rather than survival of the fittest.
Nature is transcendentally beautiful but also unforgiving. It is most accurately represented not by the bear in The Jungle Book, bouncing along with Mowgli to the tune of “Bare Necessities,” but by the bear in The Revenant: merciless and “red in tooth and claw,” as Tennyson put it. To lose our visceral connection to that reality is to dangerously detach ourselves further from nature, and to devalue ourselves as human beings.
From Acculturated, 6/1/16
at 1:42:00 PM