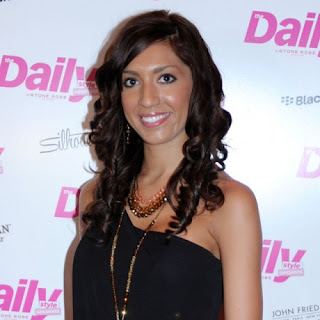 Sure enough, Abraham had made a sex tape with Deen. Why? At first she claimed, oddly, that she wanted one as a sort of nostalgic keepsake for when she is older. But Deen soon let it slip that Abraham’s actual plan was to make a professionally produced porn video and pass it off as a leaked sex tape for the aforementioned money and fame. She didn’t deny it; indeed, rather than exhibit any sense of embarrassment, much less shame, that she was literally prostituting herself to the highest bidder, Abraham seemed concerned only about reassuring her impressionable fans that she had practiced safe sex:

As my young fans and others should expect, I made sure my partner was tested and clean as well as contraception was used… As for the company who has a copy of my personal video, my lawyer is taking care of that matter. I will not be settling for anything less than a couple million.

So now we have disturbing official confirmation that young women today view sex tapes as an entrepreneurial endeavor. This is due in large part to the empire built by Kim Kardashian, arguably the most famous woman in the world, atop her own sex tape.

And Kardashian isn’t the only woman who has launched a career via a sex scandal. Like her, her predecessor Paris Hilton was already a wealthy, well-known socialite when her sex tape surfaced, kicking off her pop culture dominance until Kardashian supplanted her. Across the pond, underage prostitute Zahia Dehar found instant European celebrity when it was revealed that two famous French soccer players paid for her services. No sex tape, but she used the scandale as a springboard to become a fashion designer and the muse of no less a luminary than Karl Lagerfeld. Their examples are powerful incentives for their young female fans to emulate.

(Men have been at the center of sex tape controversies too, from Rob Lowe to Colin Farrell to Limp Bizkit’s Fred Durst. But with the bizarre exception of Saved by the Bell’s Dustin Diamond, men tend not to consider it a résumé enhancer; Lowe, Farrell, and Durst, for example, all went to great legal lengths to suppress their tapes.)

Young women like Farrah Abraham don’t have the foresight to grasp that nothing will go away in our digitized, online world; her sex tape will be accessible by anyone, including her young daughter, long after Abraham herself comes to regret having made it – which she will. And anyone like her aspiring to follow in Kardashian’s footsteps would do well to consider the cautionary tale of Montana Fishburne, daughter of famous actor Laurence. She too made a sex tape for Vivid. Her motive*?

I view making this movie as an important first step in my career. I've watched how successful Kim Kardashian became and I think a lot of it was due to the release of her sex tape by Vivid. I'm hoping the same magic will work for me. I'm impatient about getting well-known and having more opportunities and this seemed like a great way to get started on it.

She got well-known all right, for a couple of weeks. That was nearly three years ago, and needless to say, Montana Fishburne today is no Kim Kardashian. All she accomplished, besides alienating her father, was to trash her reputation and very possibly scuttle any legitimate career, of any kind, that she could ever have had.

We live in a hyper-sexualized youth culture now that devalues inner qualities for young women such as modesty, self-respect, maturity, intelligence, kindness, and so on; instead, it too often hammers home the message that young women are most valued for the degree of sexual charisma they are willing to put on public display. This isn’t a new phenomenon; people have been rightfully wringing their hands about the degradation and sexualization of the culture for decades now. But it has accelerated in our era of high-tech, pop culture saturation.

There is no sure ticket to fame, which in any case is fickle and ruthless. But young women determined to pursue it by reducing themselves to public sex objects must keep in mind not only what they might be gaining, but what they will surely be losing.