2012: The Collision of Politics and Pop Culture 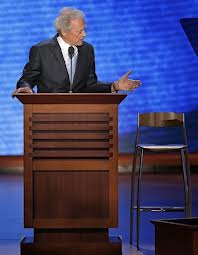 2012 was arguably the year that pop culture – of which Hollywood is the gravitational center – and politics intersected and fueled each other more than ever before. The stories that defined America in 2012 were the ones that revealed just to what degree society’s movers and shakers now recognize how crucial Hollywood’s messages and pop culture influence are.

Here is just a partial list of notable pop culture/political collisions in 2012:

In support of Obama’s reelection, Girls creator Lena Dunham narrated and appeared in an official campaign video called “My First Time,” in which she compared voting for the President to losing one’s virginity. Hers was only the most controversial of a slew of other pro-Obama videos put forth by Hollywood stars like Will Ferrell and Cher.

The music biz got into the act as well, whether intentionally or not. Just before his performance before our President himself, South Korea’s Psy, the “Gangnam Style” rapper behind the most-watched video in YouTube history, drew fire for an earlier rap in which he wished death upon American servicemen and their families. Megastar singer Katy Perry, wearing a skin-tight dress designed like a voting ballot with the box for Obama checked off, performed at his campaign rallies, and lesser music stars from aging rocker John Mellencamp to recording artist will.i.am also assisted in the last-minute campaigning.

When Obama himself wanted to take his message to the public, he didn’t appear on political talk shows like Face the Nation; he visited pop culture venues like The View, Late Night with Jimmy Fallon, and The Late Show with David Letterman. Who does appear on Face the Nation? Movie star and Argo director Ben Affleck, discussing (and not denying) his rumored Senate run. Argo, one of the most highly regarded films of the year, centered on another intersection of Hollywood and politics – the real-life story of a faux movie crew’s heroic role in the 1979 Iranian hostage crisis.

Speaking of directors, Steven Spielberg released his epic Lincoln, a surefire Oscar contender, which focused on one of the most historic votes in American, if not world, history – the vote to end slavery.

At the opposite end of the cinematic spectrum, the shady filmmaker behind the hilariously amateurish trailer for a film about the Muslim prophet Muhammad became the center of an international political storm when the YouTube video was blamed by both our own State Department and Islamists abroad for violent rioting in the Middle East and the murders of Americans in Benghazi.

Meanwhile the media debated possible “Islamophobic” messages in “terrortainment” such as the highly-regarded Showtime series Homeland and the bin Laden hunt movie Zero Dark Thirty. The latter stirred up so much outrage over the issue of enhanced interrogation such as waterboarding, that bipartisan Senators rushed to issue a statement demanding that the filmmakers acknowledge the movie’s “grossly inaccurate” message.

Most tragically, in the aftermath of a mass murder in a cinema during a showing of the Batman finale The Dark Knight Rises, and of the recent massacre of schoolchildren in Connecticut, everyone from senators to the NRA pointed the finger at Hollywood for creating a violence-saturated culture.

All these instances, in which the entertainment biz is intimately bound up with the most dramatic and traumatic episodes of our time, point to the inescapable conclusion that pop culture is more than just a shallow, youth-oriented distraction. In 2012 it is a force that, for better or worse, is shaping our political landscape as well. Maybe that’s what the Mayans were really getting at when they designated this as the year of the apocalypse.