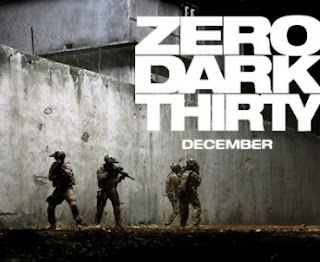 For anyone still skeptical of just how influential Hollywood’s movie messages are in the cultural and political realms, one need look no further for proof than the political football called Zero Dark Thirty.

After appearing in limited release late last year, the film Zero Dark Thirty goes wide in theaters this month. Created by screenwriter Mark Boal and director Kathryn Bigelow, the filmmakers behind the 2010 Oscar-winner The Hurt Locker about a bomb-defusing adrenaline junkie in the Iraq war, ZD30 dramatizes an even more controversial subject – the real-life takedown of elusive terrorist icon Osama bin Laden.

Once word got out earlier last year that the Obama administration had granted the filmmakers access to classified information about the military operation, and that the film would be released just prior to the presidential election, conservatives cried foul and worried that the movie would exaggerate Obama’s role and serve essentially as an extended campaign ad for him. This concern was understandable considering that Hollywood was already doing everything in its power, onscreen and off, to reelect their Messiah. The left in turn dismissed these complaints as Republican paranoia.

But it didn’t quite turn out that way. First, the filmmakers avoided any seeming political impropriety by releasing the film after the election. Then, once the movie hit theaters and began garnering reviews, the left was aghast to discover that it opened with a graphic and extended scene depicting the waterboarding of a terrorist suspect, a scene that seemed to affirm what many conservatives had been insisting all along – that the hotly debated enhanced interrogation under President George W. Bush produced results that contributed to the intelligence which ultimately led us to bin Laden.

Suddenly, left-leaning reviewers were falling all over themselves to denounce the film. The Huffington Post dismissed it as “torture hagiography” and declared that the movie’s message “corrodes our culture.” Meanwhile, reviewers on the right were embracing it. The New York Post’s Kyle Smith, for example, declared that Zero Dark Thirty

is a clear vindication for the Bush administration’s view of the War on Terror. Moreover, ‘ZD30’ subtly presents President Obama and by extension the entire Democratic establishment and its supporters in the media as hindering the effort to find bin Laden by politicizing harsh interrogation techniques and striking a pose against them that was naive at best.

The left, which had worked very hard to demonize Bush over the issue of enhanced interrogation, quickly took politically intimidating action to squelch any suggestion that Bush’s “torture” worked. Democrat Senators Dianne Feinstein and Carl Levin, and RINO John McCain (who had actually been tortured in captivity during the Vietnam war), sent a letter to the movie’s distributor, Sony Pictures, calling Zero Dark Thirty “grossly inaccurate and misleading,” and urging Sony to add a disclaimer to that effect: “We believe that you have an obligation to state that the role of torture in the hunt for Osama bin Laden is not based on the facts, but rather part of the film’s fictional narrative”:

We understand that the film is fiction, but it opens with the words ‘based on first-hand accounts of actual events’… [T]he movie clearly implies that the CIA’s coercive interrogation techniques were effective in eliciting important information related to a courier for Osama bin Laden.

… [T]he fundamental problem is that people who see Zero Dark Thirty will believe that the events it portrays are facts. The film therefore has the potential to shape American public opinion in a disturbing and misleading manner.

The senators concluded that the filmmakers and the studio “have a social and moral obligation to get the facts right.” Actually, what the Senators want is for the filmmakers to revise inconvenient facts. They are also launching an investigation into the filmmakers’ ties to the CIA. Had ZD30 supported the left’s stance on enhanced interrogation, of course, none of this would be happening.

In a statement of their own, director Bigelow and screenwriter Boal countered that their film is not political and does not take a position on whether torture led to the location and killing of bin Laden:

This was a 10-year intelligence operation brought to the screen in a two-and-a-half-hour film. We depicted a variety of controversial practices and intelligence methods that were used in the name of finding bin Laden. The film shows that no single method was necessarily responsible for solving the manhunt, nor can any single scene taken in isolation fairly capture the totality of efforts the film dramatizes.

CIA Director Michael Morell then waded into the controversy with a letter to CIA personnel stressing that “Zero Dark Thirty is not a documentary” and “the film takes significant artistic license, while portraying itself as being historically accurate”:

The film creates the strong impression that the enhanced interrogation techniques that were part of our former detention and interrogation program were the key to finding Bin Ladin. That impression is false. As we have said before, the truth is that multiple streams of intelligence led CIA analysts to conclude that Bin Ladin was hiding in Abbottabad. Some came from detainees subjected to enhanced techniques, but there were many other sources as well.

Notice how Morell doesn’t deny that waterboarding was one of those useful streams of intelligence. He finished by noting ambiguously that “whether enhanced interrogation techniques were the only timely and effective way to obtain information from those detainees, as the film suggests, is a matter of debate that cannot and never will be definitively resolved.”

When Hollywood’s axis deviates even slightly from its usual leftward tilt, the progressive powers-that-be leap to correct its course. Look for example at the controversial 2006 miniseries The Path to 9/11, which Clinton alumni felt made them look soft on terrorism. Democrat lawmakers led by Harry Reid threatened to pull ABC’s license if the miniseries aired, which it only managed to because minor cuts were made that placated the left. The miniseries never aired again and still cannot be obtained on DVD because the studio’s head honcho is a friend and supporter of the Clintons.

Now, a film that the left smugly assumed would bolster Obama’s hagiography is actually empowering the right on Bush’s legacy and the issue of enhanced interrogation – and the party of censorship is once again pulling out all the stops to intimidate and suppress.