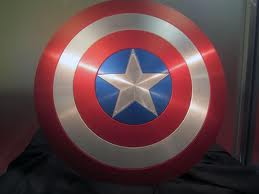 A year ago Big Hollywood's John Nolte expressed his “predictable heartbreak,” and I did likewise, over disappointing interview comments by Captain America: The First Avenger director Joe Johnston. They seemed desperately designed to reassure his patriotism-hating peers in that his superhero “wants to serve his country, but he’s not this sort of jingoistic American flag-waver. He’s just a good person.”
As recently as last week, the film’s star Chris Evans chimed in with more apologies about his intrinsically patriotic character. “He might wear the red, white and blue, but I don’t think this is all about America. It is what America stands for. It could be called ‘Captain Good.’” You read that right. Captain Good.
The Los Angeles Times echoed the hand-wringing that a film with “America” in the title and a protagonist swathed in red, white, and blue might not be groveling enough to suit their leftist self-loathing:
Of course, setting ‘Captain America’ in the storied past [WWII] helps avoid some of the more charged political questions that accompany releasing a patriotically themed production around the world at a time when the U.S. is perceived in certain places as somewhat less than heroic.
As I settled in my seat last Tuesday at the world premiere of Captain America (next to my esteemed Big Hollywood colleague Alex Marlow, who posted his own review yesterday), my expectation – based on all the pre-emptive apologies from the filmmakers and critics – was that I was about to witness Hollywood’s ruination of the most iconic of American comic book heroes.

(This article originally appeared at Big Hollywood here)
at 9:23:00 AM