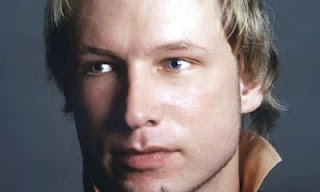 A year or two ago I was at a dinner party where a gentleman and his wife confronted me about my writing on Islamic terrorism. “Why is it,” he asked irritably, “that terrorism is always called ‘Islamic’? What about ‘Christian’ terrorists?”
“Well, name a Christian terrorist,” I replied. I wasn’t being combative; I was genuinely curious to know whom they considered to be someone committing politically-driven murder and mayhem in the name of Jesus. The sentence was barely out of my mouth before the wife shot back, “Timothy McVeigh.”

McVeigh’s bombing of a federal building in took place sixteen years ago. Unlike Muslim fundamentalists who theologically justify their acts of terrorism, McVeigh can not rightly be characterized as a “Christian terrorist,” because he was, by his own admission, not a committed Christian, and he carried out the attack not because God or the Bible commanded him to, but because he hated the government. And yet after all these years his name remains virtually the sole flimsy example that people have at the ready to challenge what they consider to be the stereotype of Islamic terrorism.
No more. Now a new McVeigh has arisen, a symbol that the Left and Islamic supremacists themselves will use to bludgeon Christian conservatives and critics of jihad for the next sixteen years – Anders Behring Breivik. Breivik is in police custody for carrying out what some are calling ’s “,” a reference to McVeigh’s 1995 bombing, of course. Breivik, who claims to have acted alone, set off a massive bomb that devastated an Oslo government building and killed seven, then traveled to a nearby youth camp for hundreds of teen children of Labour Party politicians, where he proceeded to massacre as many as 90 of them with ruthless, methodical gunfire.

As the news began leaking out about Europe’s deadliest terror attack since the 2003 Madrid train bombing, there was a predictable – and perfectly reasonable – assumption on the part of terrorism experts, the media, and possibly anyone who follows the Clash of Civilizations, that the perpetrators were Islamists. After all, there were plenty of reasons to suspect initially that these were acts of Islamic terrorism: at least one Islamist group initially claimed responsibility (but later retracted it); Muslim extremists cheered the attacks in online chatrooms; Norway is still a target of Islamists burning to avenge the Muhammad cartoons; legal action was finally taken against the radical Mullah Krekar whom Norway has been sheltering for years, and he threatened retaliation; al Qaeda tried to attack Oslo last year; and, frankly, most terrorism carried out worldwide today is at the hands of jihadists.
But the truth was a stunning reversal. Not only is the perpetrator a well-educated, boyishly blond, ethnic Norwegian, he is a self-described Christian conservative bent on sparking a Pan-European resistance movement to oppose – by violence if necessary – the corrosive forces of multiculturalism, Islamic immigration, and “cultural Marxism” that are destroying the fabric of European society and culture. It’s too soon to have all the facts –speculation, as usual, began flying at light-speed over the rumor-mongering internet, including the mystery of a fake Facebook page and the musing that Breivik is himself a jihadist posing as a Christian conservative. But as of this writing, the coldly rational Breivik has apparently confessed to what he described in a 1500-page manifesto as the “systematical and organized executions of multiculturalist traitors.”
But the tragedy won’t end at the lives lost in . Bruce Bawer, the author of Surrender: Appeasing Islam, Sacrificing Freedom who lives in , notes the broader concern that “legitimate criticism of Islam, which remains a very real threat to freedom in and the West, has been profoundly discredited by association with this murderous lunatic.” As the European anti-jihad blogger Fjordman puts it, Breivik
has scored a major victory for his opponents. An agent provocateur seeking to discredit the right-wing conservative sliver of the European political spectrum would have a hard time doing a better job... It is the perfect excuse to persecute and silence opposing voices... We're heading for dark days.
The Left – including the mainstream media, and stealth jihadists themselves, like the ubiquitous Muslim Brotherhood legacy group CAIR, the Council on American-Islamic Relations – won’t even bother to contain its collective glee over the fact that Breivik is a “right-wing Christian.” The narrative is already being constructed that will use him to tar everyone on the Right, particularly vocal critics of Islamic fundamentalism. This is the same Left that hijacks any and all discussions of Islamic terrorism by jumping up to insist that all Muslims must not be smeared because of the actions of a “tiny minority of extremists,” that not all terrorism is committed by Muslims and not all Muslims are terrorists. Of course, no responsible anti-jihadist has ever made such claims, but the Left never bothers to concede this. By contrast, instead of living by the standards they demand of the Right,lLeftists will now be perfectly happy to politicize Breivik’s terrorism and use him to tar everyone on the Right – Christians, conservatives, anti-jihadists, the Tea Party – everyone. And in fact, they have already begun attempting to link the Norway terrorist to Sarah Palin, of all people.
Breivik is a terrorist. His targeting of helpless schoolchildren makes him no better than the slaughterers at Beslan. But that doesn’t make everyone concerned about unfettered Islamic immigration, jihad, or the rapid disintegration of ’s cultural heritage a terrorist or even a sympathizer. There is no connection between the legitimate, courageous, lawful work of notable anti-jihadists and such evil. No true Christian, conservative, or responsible critic of jihad would condone Breivik’s despicable, cowardly acts or deem them to be in accordance with our beliefs and values. Much less would we celebrate those acts, unlike our Islamist counterparts. But denouncements of Breivik will be purposefully ignored by the Left.
Nor does it make Islamic terrorism any less of a threat. But the Left will use Breivik to divert attention from worldwide jihad, to advance their cultural Marxism, and to demonize the defenders of freedom. To echo Fjordman, we are facing dark days. We must face them with the truth.
(This article originally appeared here at FrontPage Mag, )
at 11:46:00 PM