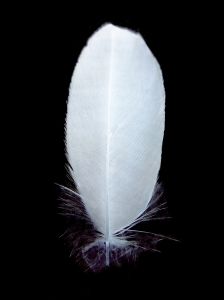 In "Religiously Battling for Pacifism" in The American Spectator, Mark Tooley writes about "a rising tide of absolutist pacifism at least among U.S. Protestant and Evangelical elites," urging Christians to refuse to serve in the military and even law enforcement. He quotes evangelical Bible scholar Ben Witherington:

In short, for the Christian, there are plenty of things worth dying for and giving your life for, but nothing worth killing for, for life is of sacred worth, and we are called to save it, even from itself.

So much for "Onward Christian Soldiers," a hymn that I hear anecdotally has all but vanished from church services.
I was reminded of a report from Egypt a few years back, about Muslims provocatively stickering their cars with shark symbols in aggressive answer to the Christian "fish" sticker pasted on cars by some members of the Coptic minority. When asked about it, a young Muslim laughed unapologetically:

The Christians had the fish so we responded with the shark. If they want to portray themselves as weak fishes, OK. We are the strongest.

The West is embroiled, like it or not, in a clash of civilizations against a fundamentalist opponent that believes there is plenty worth killing for. I'll be writing an upcoming piece about the Christian Left 's retreat from this hard truth and its contribution to our cultural suicide.
at 12:54:00 PM