The End of Hollywood 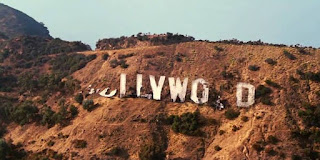 One week ago, the Dolby Theater in Hollywood hosted the 92nd annual Academy Awards show. If you are like most Americans, you didn’t even know it happened and you don’t care, because Hollywood has renounced its central position in American culture. It has imploded under the weight of its own virtue-signaling, America-loathing self-righteousness.
Many decades ago, the Oscars was a noteworthy pop culture event because the show featured captivating, adult screen idols Americans loved who knew how to exude glamour and keep their politics to themselves. This year, the ceremony’s ratings plunged to an all-time record low, down twenty percent from last year’s already-low viewership. The New York Times couldn’t figure out why; it put forth different theories – too many commercials, a crowded TV season, the lack of a host – and ignored the most obvious explanation: American viewers, sick of forgettable left-coast elites lecturing them about what climate-denying, meat-eating, white nationalist rubes they are, have turned their backs on the entertainment industry in massive numbers.
For the same reason, the Oscars ratings-fail mirrored last month’s epic crash-and-burn at the Grammys. This year’s music industry freak show was the lowest-rated in Grammy history. The Golden Globes ratings fell too, hitting an eight-year low. The audiences of all showbiz awards events (and there are far too many) have been trending downward, largely because the shows are dominated now by foul-mouthed children (of all ages), who think they’re being morally courageous by slamming President Trump, crying about climate extinction, or “shouting their abortions” in acceptance speeches. Sane Americans have had enough of this relentless politicization of the culture and trashing of their values.
The snowballing apathy toward the entertainment industry’s biggest nights of the year should be a wakeup call to celebrities that The End is Near – the end of Hollywood, at least in America – but it won’t be. They will go down with the ship, clinging to their political self-righteousness to the last breath because they would rather die than humble themselves before the “flyover” Americans between the coasts whom they have so openly despised for decades.
I am using the label “Hollywood” here, for better or worse, as shorthand for the major film studios and major internet production companies like the leftist propaganda outlet Netflix. I am including all the woke, conformist celebrities, from A-list to D-list, who contribute to the art-destroying politicization of entertainment. I am also including the mega-corporate music industry, which cynically focuses not on music but on churning out, using up, and then tossing aside younger and younger cookie-cutter stars. I am not including every independent production company or individual who works in entertainment. It is easy to forget that there are thousands of conservatives working at all levels in showbiz, most of them closeted for fear of being socially shunned and unofficially blacklisted by the intolerant “liberal” majority. For that matter, there are untold numbers of people in entertainment who simply don’t care about politics either way; they just go along to get along. Unfortunately, that makes them part of the problem.

Exhibit A of the reason America tuned out this year’s Oscars: Brad Pitt accepted his Best Supporting Actor award with a ghostwritten speech that immediately got political, referring to the Democrats’ recent failed impeachment of President Trump. Exhibit B: Best Actor winner Joaquin Phoenix unloaded a rambling acceptance speech condemning human beings for prioritizing themselves over other species, specifically our ruthless appropriation of milk from cows. Phoenix has been photographed on more than one occasion wearing a hoodie emblazoned with the phrase “Support the Animal Liberation Front.” The Animal Liberation Front is a domestic terror group.
(Speaking of domestic terrorists, Barack Obama’s production company Higher Ground took home an Oscar for Best Documentary for the film American Factory, one of whose filmmakers [Exhibit C] quoted from the Communist Manifesto in her acceptance speech. The film aired on Netflix, with which Obama and wife Michelle have a multi-year production deal that could be worth $50 million or more. Why do you think Obama went straight to Hollywood after his presidency instead of settling into the role of elder statesman? Because he knows the cultural arena is more important than the political arena for fundamentally transforming America. Conservatives, take heed.)
But the Oscar for elitist virtue-signaling has to go to Vietnam-era traitor Jane Fonda, who has made trendy climate-change activism her new cause célèbre. Exhibit D: she postured in a selfie shared on social media that she was at the Oscars wearing “Pomellato jewelry because it only uses responsible, ethically harvested gold and sustainable diamonds.” Got that, Middle America? While you’re driving down to Wal-Mart in your gas-guzzling, planet-ravaging pickups, Hanoi Jane makes the woke, self-sacrificial choice to wear only ethically-harvested and sustainable jewelry. Celebrities are simply worthier human beings than you are.
Earlier this year as the host of the Golden Globes, comedian Ricky Gervais excoriated the smug celebs in the audience over their hypocrisy and politicized acceptance speeches. His brutally acerbic monologue made him a temporary, unlikely hero of countless Americans. After this most recent Oscars telecast bombed in the ratings, Gervais tweeted this: “I have nothing against the most famous people in the world using their privileged, global platform to tell the world what they believe. I even agree with most of it. I just tried to warn them that when they lecture everyday, hard working people, it has the opposite effect.”
But Hollywood doesn’t care about those everyday, hard-working people in America, partly because those deplorables support the hated Trump and partly because its audience is becoming increasingly global anyway (China, for example, is poised to become the biggest theatrical film audience in the world any day now). Leftist celebs care only about the approval of other leftist celebs; they will go on pushing their Progressive messaging and high-fiving each other at failing awards shows for their PC conformity no matter what goes on outside their gated mansions. If American audiences abandon them, stars can always pick up a big paycheck by performing privately for dictators overseas or shooting a lucrative commercial in Japan. The major studios will continue to lazily milk sequels and reboots (there is actually a reboot of Honey I Shrunk the Kids in the works) and CGI-bloated superhero flicks that play well overseas.
The important takeaway from the decline and fall of Hollywood in American culture is that it paves the way for entrepreneurial American creatives to build an alternate, parallel culture that isn’t centered on anti-Americanism, racial antagonism, anti-Christian bigotry, class warfare, and vulgarity – if we dare to seize the opportunity.
From Frontpage Mag, 2/16/20
at 7:13:00 PM