Lamenting the Decline of Digital Etiquette 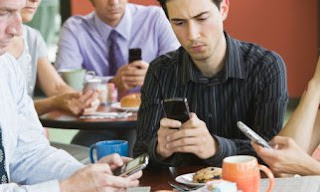 At Acculturated we’ve often expressed concern about the decay of language and of human interaction in the accelerating digital age. But two writers elsewhere last week made urgent pleas to hasten that degeneration.

In his online Slate article “You Say ‘Best.’ I Say No,” Matthew J.X. Malady confesses to being so inundated by electronic communications that the standard polite closings like “Sincerely yours,” “Cheers,” and any version of “regards” (“Best regards,” “Warm regards,” etc.) have pushed him to a breaking point. “It’s time,” he believes, “to kill the email signoff.” Such time-wasting niceties “are holdovers from a bygone era,” and today, “the continued and consistent use of antiquated signoffs in email is impossible to justify.” Emails, he says, have become more like text messages, “and no one in their right mind uses signoffs in text messages.”

But Malady didn’t stop there. Salutations are wasteful irritants as well: “Dear? Hi? Hey? Kill me now.” These courtesies, he argues, must become casualties of the urgent need to “streamline” our lives.

He anticipated “protestations and bellyaching from the old guard” who might point out that these conventions make communication personal, polite, respectful; forgoing them would be  like hanging up abruptly to conclude a phone call. Malady counters such “sticks-in-the-mud” with the weak and inaccurate explanation that we only say goodbye on the phone to indicate when the call is about to end, whereas “with an email, you can see the conclusion.” He preemptively raises other likely objections to his argument:

Shouldn’t there be an exception for formal business communications, or for one’s first-ever correspondence with someone? Aren’t signoffs kind of nice? Don’t they make notes more personal? Without them, wouldn’t email become too detached and impersonal?

His reply? “Maybe. But, to be blunt: Tough.” In other words, he doesn’t dispute those points but simply insists that we forge ahead and sacrifice that human touch in order to “make things easier for everyone.”

Writing in a similarly irritable frame of mind, Nick Bilton of the New York Times complains in a piece called “Disruptions: Digital Era Redefining Etiquette” that such wasteful social norms “just don’t make sense to people drowning in digital communication.” Dismissing voicemail as “another impolite way of trying to connect with someone,” he is annoyed by how long it takes to access it “and listen to one of those long-winded messages.” He has even conditioned his mother to communicate with him “mostly through Twitter.” How sad.

Bilton closes by paying lip service to a concept for which he, like Malady, actually has contempt: “Here’s hoping that politeness never goes out of fashion, but that time-wasting forms of communication do.”

Actually, eradicating politeness is precisely what he and his Slate counterpart are avidly recommending, in exchange for trimming three or four words from an email and eliminating pesky voicemails from people who made the effort to reach out personally. Call me an old-guard stick-in-the-mud, but has near-instantaneous communication in the digital age become so imperative that having to wade through a “Hello” and a “best regards” in an email constitutes an aggravating burden?

The very elements that these two consider to be a pointless waste are some of the simplest but most thoughtful, personalized touches that make our written interaction pleasant and human rather than rude and robotic. That may seem inconsequential to the cranky Malady and Bilton, who yearn for a future in which written communication is reduced to depersonalized, functional bursts of information. But letter writing is already a lost art form; if we also strip emailing of personality and politeness, or abandon it altogether in favor of the abbreviated illiteracy of tweeting and texting, we will have taken another step toward depersonalizing our communication and further fragmenting ourselves socially.