What Will Win the Best Picture Oscar – And What Should? 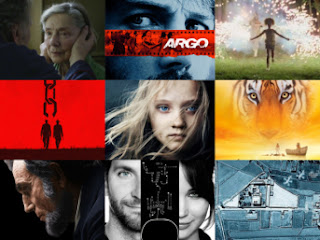 As the 2013 Oscar telecast approaches this coming Sunday, keep this in mind when trying your hand at predictions: Hollywood is like high school with money, as someone once famously remarked, and the Oscars are like a glitzier high school popularity contest. The film which takes Best Picture isn’t necessarily the most artful and profound, but is sometimes the one by a filmmaker that Hollywood voters simply want to reward as one of their in-crowd’s own.

With that in mind, most of the nine films from the Best Picture slate can immediately be stricken from consideration: the foreign film Amour, because it’s foreign; the controversial Zero Dark Thirty, because it has drawn very vocal disapproval from some in Hollywood with its suggestion that waterboarding might have led us to bin Laden; the magical Beasts of the Southern Wild and the fantastical Life of Pi, because they’re a bit too artsy; and Quentin Tarantino’s kill-fest Django Unchained, because it doesn’t suit Hollywood’s newly acquired sensitivity to gun violence.

Of the other contenders, Silver Linings Playbook features Hollywood’s two hottest stars at present – Bradley Cooper and Jennifer Lawrence, both of whom are up for Oscars, as is its director David O. Russell. But as a quirky relationship dramedy, it lacks a big enough canvas for an Oscar. On the other hand, the epic Les Miserables has a sweeping canvas but is a musical, and only one other musical (Chicago, 2002) has won Best Picture in the past 45 years.

The two remaining films – Steven Spielberg’s Lincoln and Ben Affleck’s Argo – lead the pack of Oscar Best Picture contenders, if oddsmakers can be believed. Everything about Lincoln screams Serious Epic Oscar Sweep. Director Spielberg may come away with a statuette on Oscar night, and his extraordinary lead actor Daniel Day-Lewis already has two Best Actor awards and probably deserves another (although no actor has ever won three). However, even the Associated Press has reported on the film’s “nap-worthiness.”

That leaves the offbeat, tense and often amusing Argo. But bizarrely, the affable Affleck was not nominated for Best Director, and there have been only three times in Oscar history that a film has won without its director being nominated. My Acculturated colleague Megan Basham points to this as the reason Argo is a long shot.

But that was before Affleck won Outstanding Director at the recent Directors Guild of America Awards. Affleck knows how to campaign, and his Argo is overtaking the ponderous Lincoln in the lesser awards shows – the playoffs, as it were – including the crucial Golden Globes, which almost always seems to foreshadow the Oscar Best Picture win. Argo won at that event, and so did Affleck for Best Director. He and his film simply have all the momentum going into the final stretch before this weekend.

Another factor in Argo’s favor is that it is a true story in which Hollywood itself saves the day. Despite poking fun at Tinseltown throughout, the script depicts moviemaking itself as the savior of a handful of escapees from the 1979 Iranian hostage crisis. Oscar voters will be flattered by this without even realizing it.

Which film should win? That’s obviously subjective, but I think everyone can agree that a Best Picture Oscar should go to a visually unique, emotionally compelling pic with grand themes and performances. Argo is solidly-told entertainment that never takes itself too seriously, and its understated acting and directing, like Affleck’s own performance, don’t draw attention to themselves; he made it all about the story, which is admirable. But Oscar-worthy? Despite my disinterest in musicals (the last musical I liked was the hilarious Team America: World Police, and before that, 1967’s Camelot – largely because it featured knights), I think that honor should go to director Tom Hooper’s Les Miz this year, and maybe Ang Lee’s Life of Pi as a runner-up.

But Affleck has rightfully established himself as the kind of congenial Hollywood insider like Tom Hanks or George Clooney that Hollywood simply wants to win. It’s his time. Put your money on Argo.