“The Americans” – Rooting for the KGB? 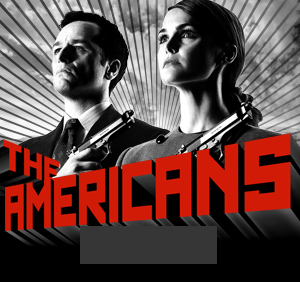 Last week a Cold War spy thriller with a twist debuted on the FX television network. The twist is that the bad guys – the Soviets – are the stars, and that the show’s producers are hoping to get American audiences to root for the KGB. But if that’s their aim, they failed miserably in the season premiere; the real twist is that The Americans turns out to be refreshingly pro-American entertainment.

The Americans is a gripping, action-filled drama about two Soviet spies living undercover as a normal American couple in 1981 Washington, D.C. Their two children, oblivious to their parents’ true identities, are being raised as typical American kids. In between getting the kids off to school and taking them out for ice cream, the husband and wife discuss things like when to kill the defector bound and gagged in their garage, or whether the FBI agent who just moved in across the street is on to them.

According to an article in the entertainment trade magazine The Hollywood Reporter (THR), executive producer Joel Fields expressed his hope for the show’s impact: “It might be a little different to believe and get used to, but we want you to root for the KGB. They're going to try to get the Soviets to win the Cold War.”

Actually, it’s no surprise at all that progressive Hollywood would want you to root for the enemy, particularly Communists. What is rather stunning is the openness with which the show’s creators express that desire. The THR article stated that “the creative team behind the high-profile launch expressed a confidence that more than enough time has passed for American audiences to not hold a grudge.”

It’s unclear whether the phrase “hold a grudge” is THR’s or originated with the producers, but it is a phenomenally poor choice of words. “Hold a grudge” about the Cold War? We’re talking about our epic conflict with a totalitarian world view that resulted in the deaths of countless millions and which took us to the brink of nuclear war. As FrontPage’s own Daniel Greenfield wrote, “This isn’t like the Yankees and the Red Sox.” Nonetheless, the producers think we’ve had time to “get over it.”

“If you tried to tell a story like this about al-Qaeda now,” Fields continued, “it would be impossible; no one would want to hear it. I feel even the same could have been said up to 10 years after the cold war ended.” The stunning implication here is that, given a few more years, American viewers will come around and embrace a show in which they are expected to “root for” al Qaeda protagonists. Similarly, the producers think we’re all emotionally healed enough now to put the Cold War behind us: “This is a show where the enemies are the heroes, with all the questions that come with that,” said creator Joe Weisberg, a former CIA agent. “You couldn't do that right after the Cold War. But you can do it 30 years later.”

To compel viewers to root for the enemy, Weisberg says he wants viewers to “take a hard look at both sides of the Cold War,” as THR phrased it. I don’t know what his politics are, but it’s typical of progressives to want to recast America as the bad guy in any given conflict. He calls the opposing sides in that war “really competing value systems,” which is putting it mildly, and suggests that capitalism isn’t all it’s cracked up to be: “There’s no question that repressive socialism failed, but unbridled consumption hasn’t exactly led to great satisfaction – and one problem is how do we express that dramatically.”

Note how he said “repressive” socialism failed, which could be interpreted to mean that a non-repressive socialism – as if there were such a thing – would work. This is characteristic of the progressive mindset: forever unwilling to admit that Communism is inherently disastrous, and forever determined to get it right this time. As for “unbridled consumption,” no one claims that consumption alone equals happiness  - but standing in line to buy a big-screen TV in a capitalist society is much more satisfying than standing in line to buy bread in a socialist society.

These comments led me to believe that the show would be blatantly anti-American. That impression was completely off-base. In its first episode, The Americans describes Reagan’s America as “strong and capable.” Patriotic citizens are shown singing our national anthem and waving flags, without the slightest tinge of ridicule from the filmmakers. FBI agents are shown as decent men dedicated to national security, rather than corrupt and thuggish. A government official declares, “We have truth and justice on our side, and we will prevail” – without a hint of irony or sarcasm.

After many years undercover, “the American way” is starting to seduce the show’s husband. In one riveting confrontation, his wife, an ice-hearted true believer, is aghast when he suggests that they betray the motherland, take the money the American government is offering defectors, and embrace the good life. “America’s not so bad,” he argues. “What’s so bad about it? The electricity works all the time, food’s pretty great… We would have a great life because we would have money.” He accuses her of resenting the Americanization of their children. “I’m not finished with them yet,” she replies, revealing the totalitarianism at the heart of her ideology. “They don’t have to be regular Americans. They could be socialists -”

“They’re not gonna be socialists,” he shoots back. “This place doesn’t turn out socialists.” Sadly, in 2013 it does; we have even installed one in the Oval Office itself. Maybe we didn’t win the Cold War in the long run after all.

The show’s Soviet spies may be compelling protagonists, but they are not portrayed as “the heroes,” despite the creator’s claim, and America’s role in the Cold War is not called into question. Not yet, anyway; anything could happen in the remainder of the series, of course, including Hollywood’s predictable anti-American sucker punches. But based solely on this first episode, I can’t recommend The Americans highly enough to viewers who want to root for the real good guys.