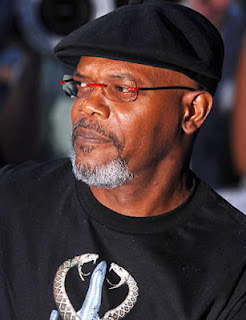 In a 60 Minutes interview with Mike Wallace several years ago, black actor Morgan Freeman displayed unusual wisdom for Hollywood when he said that the way to end racism in America is to “stop talking about it.” Not long thereafter, (half-)black candidate Barack Obama’s ascension to the White House confirmed that race is no barrier to success in America (apparently neither is incompetence). But instead of ushering in a post-racial era as many hoped, Obama’s presidency has ramped up racial tensions and driven his black Hollywood supporters to talk about racism more than ever before –among them, sadly, Morgan Freeman.
Obama’s administration has been anything but post-racial. From Attorney General Eric Holder’s refusal to prosecute Black Panther thugs, to Congresswoman Sheila Jackson Lee’s charge that Tea Partiers are the new KKK, to the President’s own insult of the police officers who properly arrested his academic buddy Henry Louis Gates, Jr., it’s been payback time for those blacks who wear their racialism on their sleeve and yet hypocritically dismiss their critics as racist.
Including some blacks in Hollywood. Even the once-wise actor Freeman ignored his own earlier advice and claimed recently that the Tea Party is “a racist thing” representing “the weak, dark underside of America”:

Their stated policy, publicly stated, is to do whatever it takes to see to it that Obama only serves one term. What underlines that? “Screw the country. We're going to whatever we can to get this black man outta here.”
This conveniently ignores the fact that it is Obama who is doing whatever he can to screw the country, and the Tea Party is justifiably as mad as hell and not going to take this anymore. Freeman’s assumption seems to be that if the President were white, his critics would be just fine with his destructive policies, and all opposition would fade away.
Fellow black actor Samuel L. Jackson echoed Freeman’s unjust assessment of the Tea Party:
It’s pretty obvious what they are. The division of the country is not about the government having too much power… It’s not politics. It is not economics. It all boils down pretty much to race. It is a shame.
Yes, it is a shame. It’s a shame that fame gives Obama apologists like Jackson a platform to spout racist ignorance. In an interview for Ebony magazine, Jackson revealed who the real racist is:
I voted for Barack because he was black. 'Cuz that's why other folks vote for other people — because they look like them ... That's American politics, pure and simple. [Obama's] message didn't mean [expletive] to me.
Pause for a moment to consider the media outrage if Jon Voight or another of the few openly conservative white actors in Hollywood had said, “I voted for John McCain in the last election because he’s white. His policies were completely irrelevant. That's the American way.” His publicist would rush him into the obligatory public apology tour and racial sensitivity re-education, and that actor’s career would still be over. But a black actor admits to the mirror opposite of that and it barely registers a blip on the media radar.
Like Morgan Freeman, Samuel L. Jackson is an unquestionably talented and well-known actor with a whopping number of acting credits on his résumé, including Pulp Fiction, A Time to Kill, multiple appearances in the Star Wars series, and the upcoming The Avengers. He arguably should have won the Best Actor Oscar that went to his costar John Travolta for Pulp Fiction. Even Jackson’s voiceover work is outstanding, as evidenced by his family-friendly turn in The Incredibles as superhero Frozone, or his hilarious, family-unfriendly reading of the popular “children’s” book, Go the F*** to Sleep.
But as people outside of Hollywood know, being talented doesn’t make a celebrity any more enlightened or insightful than anyone else. Witness the self-righteous, wrongheaded politics of progressive flagbearers like Howard Zinn devotée Matt Damon or Hugo Chavez BFF Sean Penn or Occupy cheerleader Mark Ruffalo. Americans vote solely on the basis of their skin color? Policies don’t matter? Jackson’s comments are stunningly thoughtless even for that Hollywood crowd. At least he was honest.
He then went on in the interview to spew the N-word more times than a Klansman and to express his hope that Obama would live up to the Angry Black Man racial stereotype that Jackson himself plays so convincingly:
When it comes down to it, they wouldn't have elected a [N-word]. Because, what's a [N-word]? A [N-word] is scary. Obama ain't scary at all. [N-word] don't have beers at the White House. [N-word] don't let some white dude, while you in the middle of a speech, call [him] a liar. A [N-word] would have stopped the meeting right there and said, ‘Who the [expletive] said that?' I hope Obama gets scary in the next four years, 'cuz he ain't gotta worry about getting re-elected."
Obama’s policies did eventually concern Jackson. The actor has joined Castro-supporter Sidney Poitier in expressing frustration, for example, that the President hasn’t done more for the poor (apart from increasing their numbers). But other big names in black entertainment – like Will Smith and wife Jada Pinkett, Kerry Washington, Tracy Morgan, and rapper Jay-Z – have no complaints and plan to continue actively throwing their support behind the President. Choreographer Debbie Allen said,
I will be there again just like I was in 2008. Are things exactly the way I’d like them to be or need them to be? No, but he can get us there if he’s given the time he needs to do it.
Sorry Ms. Allen, but America doesn’t have that much time left – unless by “get us there” she means knock the already teetering pedestal out from under America’s superpower status and leave us a floundering, impotent, racially divided, Euro-socialist has-been. A post-American era has always been Obama’s goal anyway, and at the pace he’s managed thus far, another four years might be all that he needs to bring that about.
Of course, there are plenty of white Hollywood stars caught up in a history-making election who also voted for Obama because he’s black, which doesn’t exactly make them post-racialist either, as Shelby Steele points out:
When whites – especially today's younger generation – proudly support Obama for his post-racialism, they unwittingly embrace race as their primary motivation. They think and act racially, not post-racially.
It’s impossible to know how many in Hollywood or elsewhere in America voted for the same reason as Samuel L. Jackson. The majority of Obama’s supporters no doubt got behind him because he’s black and because of his progressive message. At least those people recognized that his policies, however misguided and/or subversive, mattered. But Jackson only bothered to consider the color of Obama’s skin and not the content of his character – and that is the very definition of racism.
(This article originally appeared here on FrontPage Mag, 2/21/12)
at 8:58:00 AM