The LA Times Announces the Triumph of Conservative Hollywood! 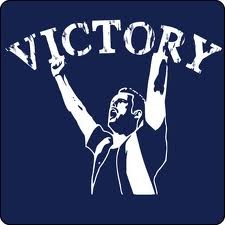 Patrick Goldstein, the Minister of Hollywood Disinformation at the L.A. Times, is obsessed with convincing you that leftist dominance of Hollywood is a whiny conservative myth. Big Hollywood’s indefatigable John Nolte, among others, has taken down Goldstein in numerous columns on this topic, but like an ideological Terminator, Goldstein keeps coming back.
But this time he ratcheted things up a few notches. His first column immediately following the most recent Oscars telecast was not just another pooh-poohing of the liberal bias stereotype, but an assertion that the Oscars actually proves the reverse.
Witness his eyebrow-raising title: “‘The King's Speech’: The Triumph of Hollywood Conservative Values.” Wow. Not only is conservative griping about Hollywood unjustified, but we have in fact triumphed. Culture war over, people. In your face, Matt Damon! Don’t let the screen door hit you on your way out, Sean Penn!
The article begins, “[I]t's become an article of faith in Conservative America that Hollywood is a ‘collection of hopeless la-la-land liberals — or worse, an elitist gaggle of heartland-bashing snobs.’” Notice how Goldstein refers to it as an “article of faith,” as if this perception of Hollywood is not based on evidence but is as insubstantial and unproveable as the existence of God. After all, how else could Conservative America possibly have ever gotten such an impression?
He continues: “Conservatives have routinely ridiculed Oscar movies for attacking the military (Avatar), promoting homosexuality (Milk and Brokeback Mountain) and depicting corporate executives as evil villains (The Constant Gardener and Syriana).”
Good start, Mr. Goldstein, but don’t stop there; Conservative disappointment and frustration with Hollywood don’t stem only from a handful of Oscar nominees. They derive also from Hollywood’s general proclivity for rewriting history, burying inconvenient historical truths, attacking the Bush administration’s response to the war on terror, sucker-punching heartland audiences, cravenly appeasing our enemies, tearing down conservative heroes while embracing dictators, and whitewashing Islam while denigrating Christianity.
﻿﻿
Oddly affirming what Big Hollywood has been pointing out all along, Goldstein proceeds to admit that this conservative “article of faith” actually is grounded in reality: “Since the arrival of the Easy Rider generation in the late 1960s, Hollywood has been a bastion of liberalism.” Thank you. “It may be a town full of liberals” – thanks again – “but when it comes to its most prestigious awards show, the most exalted statuettes went to films that espouse conservative values.”

Really? The winners were pro-family films that promote limited government, fiscal restraint, adherence to the Constitution, and a strong national defense? I must have nodded off when those elements had walk-on roles in, say, The Social Network. Meanwhile, it certainly could be argued that the one film conservatives were most rooting for was Waiting for Superman, a documentary that was tellingly excluded from consideration.

As evidence that the Oscars was a “triumph of Hollywood conservative values,” Goldstein notes that “all the la-la-liberals” spent the night “honoring their elders and celebrating tradition.” Sorry, but I fail to see how a clip from Gone With the Wind and extended screen time for Kirk Douglas and Bob Hope constituted a conservative coup. True, it could have been worse: a tribute to Howard Zinn, for example.
As further proof, he notes that this year’s Best Adapted Screenplay winner The Social Network “is far from a liberal critique of capitalistic excess. It's a thoroughly pro-business film.” I’m not buying this simplistic, disingenuous analysis; I’m more inclined to agree with iconoclastic critic Armond White that The Social Network glamorizes “moral confusion, social decline and empire building — although leaving out… the moral consequences of all that glorified disconnection.”

The supposed knockout punch of Goldstein’s argument is that The King's Speech won Best Film, a movie that was “brought into the world by a host of ardent liberals” and yet “is a profoundly conservative film,” “a fable of egalitarianism,” “resolutely Old School… Could a movie be any more richly conservative in its values than that?”
Besides the fact that “egalitarianism” – at least in the crushingly anti-individualistic sense in which the totalitarian Left reveres it – is not an especially conservative ideal, I’m not certain how “Old School,” whatever that is, represents the apex of “richly conservative” values. Perhaps he thinks that nothing is more satisfying to all us stuffy old white conservatives than a big-budget Masterpiece Theater. 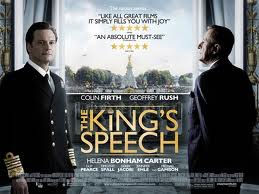 “If you study Oscar history,” Goldstein lectures, “you see liberal Hollywood has often rewarded films promoting conservative values”: Patton beat out MASH, for example, The Deer Hunter won over the openly antiwar Coming Home, etc., all the way up to last year’s The Hurt Locker and now The King’s Speech. Of course, it’s more likely that those films won for a variety of reasons, including because they were better than the competition, not because the Academy appreciated and identified with any conservative values that might have been present.  But even granting Goldstein his point, one could point to liberal Oscar winners as well – American Beauty, anyone? Crash?
How does Goldstein explain his claim of the paradox of liberal Hollywood honoring supposedly conservative films? “[P]eople are making movies, not trying to send a message. Artists, as well as the studio executives who finance their movies, are not ideologues. They are storytellers whose work is propelled by emotion, relationships and the dramatic sweep of a script, not its political content.”
I’ll go make myself a sandwich to give Big Hollywood readers time to recover from hysterical laughter... So, contrary to that conservative “article of faith,” is not infested with left-leaning ideologues pushing a political message. Tell that to the makers of (just off the top of my head) The Green Zone, Syriana, Lions for Lambs, Reds, Bulworth, The American President, Dead Man Walking, The Contender, and countless others one could list.
Patrick Goldstein points to conservative disgust with and insists that “ isn't so easily stereotyped” – and had he stopped there, I might have agreed. After all, most films are mere money-making entertainments without an overtly political theme. Some films do embody conservative values. No one ever said that every single product is as ragingly leftist as the recent Fair Game, Sean Penn’s shameless, Bush-bashing snoozefest.
But the stereotype is a fair one, and Goldstein’s insistence otherwise, his claim that has no leftist political agenda or ideologues among its artists and execs… Now that’s an Oscar-worthy fiction.
This article originally appeared at Big Hollywood, 3/9/11
at 6:38:00 AM