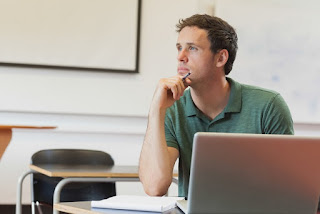 Because masculinity, like whiteness, is considered a malignant quality today, it is culturally acceptable to openly discuss treating or “deconstructing” it, if not eradicating it. So instead of triggering outrage among sensitive campus snowflakes, these workshops and programs are being hailed even by some male students as “both admirable and necessary,” as the editorial board of Duke’s student newspaper called the Men’s Project.

Campus safe spaces ordinarily are considered retreats in which narcissistic students who have built their identity around a sense of minority victimhood can feel accepted by fellow narcissists and not judged for who they are. But the safe spaces for young men in these programs are precisely the opposite: seminars in which they are taught to publicly acknowledge their toxic nature and learn to shed themselves of it. It smacks of Marxist re-education camps. Keenly aware of that, the Duke student newspaper editors, who endorsed the Men’s Project, pre-emptively reassured critics that it was not “a reeducation camp being administered by an oppressed group in the service of the feminization of American society.”
But that is exactly what it is. “[The curriculum is about] questioning how you can be accountable to feminism, to the women in your life and to the larger community,” said one of the Men’s Project student leaders. Another noted that he hopes the program will help participants undergo a process of “deconstruction and reconstruction.” A third gushed that he is “excited that we are doing our own part to proactively deconstruct masculinity. But we also must remember that we owe a lot to the feminist work that was already occurring on campus.”
This all sounds suspiciously like what the participants and supporters claim it is not – part of an ideological agenda to fundamentally transform masculine nature and create a genderless utopia of feminized men and masculinized women. “[G]ender equality is not about bringing men down,” the Duke editors insist, “but about lifting everyone up in order to create a more comfortable and enjoyable society for all.” Methinks they doth protest too much. “Deconstruction” is by definition a tearing down, not a lifting up.
The Duke editorial board hastened to clarify that not all “masculinity is bad or evil,” nor is it “inherently pernicious.” Toxic masculinity represents only “a harmful narrow band” of the whole spectrum of masculinity, they say, and the Men’s Project enables male students to come to terms with that harmful aspect of their nature in “a space by men and for men” – albeit one created by Third Wave feminists, sponsored by Third Wave feminists, and whose aims are guided by Third Wave feminists. It is also a place, the editors add, “for males to ask any questions about feminism, gender and intersectionality that they have always wanted to ask.”
I’ve never known a man – pardon me, a “male-identified individual” – who had always wanted to know more about feminism, gender and intersectionality, but then again, I haven’t been to college in many years. Apparently I graduated just in time. In any case, what’s critical nowadays is that young men spend less time studying feminism and intersectionality and more time understanding masculinity.
Instead of poisoning the minds of young men about their own nature, shaming them about a so-called rape culture they aren’t guilty of, lecturing them about male violence, and diluting their strength and confidence, universities and society at large would be much better served by celebrating the virtues and positive qualities of manhood. Boys and young men need the freedom to be masculine, and the guidance and inspiration of older male mentors who can help them channel their aggression constructively and aspire to their best nature. They won’t get that in group therapy “safe spaces” under the disapproving supervision of Women’s Centers and their feminized student proxies.
From Acculturated, 10/11/16
at 8:23:00 AM