The Core Values of a Gentleman 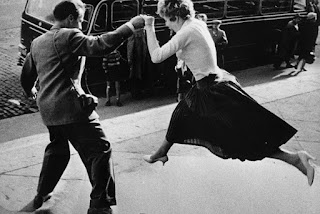 The Gentleman’s Journal, a men’s style magazine, declares on its website that “we are on a mission to preserve the dying breed,” by which they mean the Gentleman. Good for the magazine’s editors for promoting gentlemanly values. Unfortunately, they seem unclear on how to convey those values.
Last week The Gentleman’s Journal posted an article online titled, “The Core Values of Being a 21st Century Gentleman,” which listed 20 “definitive rules” for the 21st-century Gentleman (the word is capitalized throughout their article, almost like a royal title, and for consistency’s sake it will be here too). Now, as a fashion magazine, GJ is understandably more concerned with style and appearance than ethics and shouldn’t be expected to delve much deeper than the surface of the topic. But it’s misleading to use the phrases “core values” and “definitive rules” because, like much of what you find on men’s style sites that emphasize gentlemanly behavior, these rules don’t go much beyond simple etiquette and barely touch on values at all.
“A Gentleman leaves a mark on the world,” the article begins. This is true, albeit vague. What sort of mark? It is possible to leave a grand, even historic mark on the world without necessarily being a Gentleman. But every Gentleman, even one of no notable worldly achievements, will still have a lasting impact on those around him through his character, even if that impact is limited only to his immediate circle of friends, family, coworkers, and strangers with whom he interacts and impresses.
The article continues: “He is remembered for all the right reasons.” This too is true but again, vague. It sounds good but its meaning is difficult to pin down. What exactly are “the right reasons”? Those could be different things to different people. That’s where the “core values” come into play, and this is where the article gets things muddled.
Among the “definitive rules” GJ lists are what used to be considered common courtesies. For example, a Gentleman always RSVPs. He offers a woman his seat and opens a door. He offers a woman his coat if she is cold and always walks her home. He never lies to a woman (except to surprise her) or makes her cry (except tears of joy), and he never gossips or boasts about his intimacy with her. Third wave feminists would find all of this behavior demeaning and sexist, but as vocal and influential as they are, they are in the minority.
Some other rules touch on self-presentation and self-reliance: a Gentleman presents himself well and gives a firm handshake, for example. He knows how to dance a little and how to cook a meal. A few rules go off the rails entirely and either have nothing to do with being a Gentleman per se (“a Gentleman knows that anything worth having is worth working hard for”) or are simply incorrect (“a Gentleman never judges”).
The point is not that Gentleman’s Journal gets all these rules wrong, but that they aren’t actually values. They are actions that may be manifestations of values but they are not the values themselves, which aren’t mentioned, and that’s where the article disappoints. Chivalry – and some today consider that an archaic concept but that’s really what we’re talking about when we talk about gentlemanly behavior – is more than manners and etiquette. It is a value system from which such rules of behavior must emanate.
What then are the core values of chivalry, of a Gentleman? There is a long and complex history behind this question, and the answers could be elaborated upon at great length, but in essence, they are these, in no particular order:
Service – A commitment to serve others. It includes coming to the defense of the defenseless, male or female, who for whatever reason cannot defend themselves.
Honesty – Although this value is unnamed in the article, Gentleman’s Journal correctly touches on this: “A Gentleman means what he says, and says what he means.”
Courage – The Gentleman is “everywhere and always the champion of the Right and the Good against Injustice and Evil,” as a scholar of chivalry once wrote, and this requires courage.
Honor – Acting according to a standard of integrity and moral responsibility.
Courtesy – Respectful and generous behavior, especially toward women.
Self-reliance – A Gentleman should know how to take care of himself as well as others.
Humility – Again, GJ does not use the word but comes close here: “A Gentleman knows the difference between confidence and arrogance.”
Self-discipline – A Gentleman masters his animal impulses, or he is quite simply not a man, much less a Gentleman.
These classic, core values apply to a Gentlemen from any century, not only the 21st as the GJ article states, although they may seem in especially short supply today. Such gentlemen may be, as the Gentleman’s Journal editors say, “a dying breed,” but they are “proof that chivalry is not dead.”
From Acculturated, 4/1/16
at 9:43:00 AM