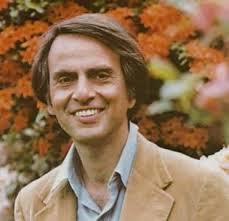 Last week the Fox network announced plans to reboot Cosmos, the massively popular documentary TV series hosted by the late scientist and science popularizer Carl Sagan. When it aired 33 years ago, the original program became the highest-rated series on PBS (and held that distinction for 10 years until Ken Burns’ The Civil War). “Before there was Downton Abbey,” said Fox President Kevin Reilly, “the biggest thing to happen to PBS was Cosmos.”

With Sagan as guide, Cosmos swept viewers along on a grand tour of the origins of the universe, the evolution of our planet, the miracle of life, and the nature of consciousness. It celebrated our innate curiosity and our longing to return to the stars from whence we came. “We’re going to explore the cosmos in a ship of the imagination,” he promised. Each of the 13 episodes – with titles like “One Voice in the Cosmic Fugue,” “The Harmony of Worlds,” “The Lives of the Stars,” and “Who Speaks for Earth?” – focused on a specific aspect of the journey. The series opened countless minds to the power of science, the majesty of the universe, and the possibility of life beyond our own planet. It was accompanied by a big-selling, gloriously illustrated coffee table book (which I am pleased to say I still have).

When it aired, Cosmos immediately established creator Carl Sagan as a pop culture icon. The catchphrase “billions and billions,” falsely attributed to him (it actually originated from a skit on The Tonight Show with Johnny Carson), became a common cultural meme; Sagan even playfully made it the title of a collection of his essays. Like painting instructor Bob Ross and beloved children’s show host Mister Rogers, two other quirky but endearingly sincere pop culture icons on PBS, Sagan was an easy target for parody and ridicule, but he and his show nonetheless had an incalculable impact on American viewers, their interest in science, and the perception of their place in the universe.

The show was powered by a piano-and-synth-driven musical theme taken from the work of hugely popular composer Vangelis, who went on to win an Oscar for his memorable score for 1981 Academy Award winner Chariots of Fire. Its ethereal, yearning melody perfectly matched Sagan’s lyrical narration. “Our feeblest contemplations of the Cosmos stir us,” Sagan began in the show’s opening episode, titled “The Shores of the Cosmic Ocean.” “There is a tingling in the spine, a catch in the voice, a faint sensation, as if a distant memory, of falling from a height. We know we are approaching the greatest of mysteries.”

Sagan made it very clear throughout the show that we were undertaking this exploration in the shadow of the Cold War threat of a nuclear arms race – a race which later resulted not in the much-feared destruction of all life on earth, as Sagan warned, but in the collapse of Soviet Communism.

The new, 13-episode version will air sometime next year. Oddly, it will be produced by Family Guy creator, writer/director of the hit movie Ted, and most recent Oscars host, Seth MacFarlane. Having been captivated by the original, featuring the poetic and sympathetic Sagan, I was greatly relieved to learn that the juvenile MacFarlane will not be hosting it himself; that duty will fall to astrophysicist Neil deGrasse Tyson – director of the Hayden Planetarium, frequent guest on many TV shows, and host of the PBS science series NOVA scienceNOW.

The 2014 reboot will have big shoes to fill, but considering how much more we have learned about the cosmos since 1980, and how many of our common assumptions we have revised since then (for example, we have one less planet than we did in 1980, poor Pluto having been downgraded), the series should be fascinating – as long as it doesn’t hector viewers about climate change in the same way the original series manipulated our anxiety about nuclear war.