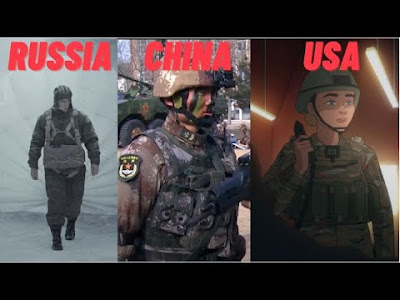 In a 1998 interview in the mountains of southern Afghanistan, Osama bin Laden told ABC News’ John Miller that then-President Bill Clinton’s withdrawal of U.S. troops from Somalia after the 1993 “Black Hawk Down” battle in Mogadishu proved the American soldier is a “paper tiger” – a toothless threat. Muslim youth are no longer intimidated by Western superpowers, bin Laden warned.

Barely three years later, Bin Laden and his cohorts showed the world just how unintimidated they were, launching the 9/11 terrorist attacks. America then took the fight to Afghanistan to root out bin Laden and prevent that desolate country from ever again serving as a base for terrorism. But twenty years later, thanks to a catastrophic mishandling by the Biden administration, the country known as the Graveyard of Empires is back under the control of fundamentalist savages – only now they have been empowered not only by Biden’s gift of approximately $85 billion worth of military hardware, but also by a victory that has galvanized jihadists everywhere – and our other enemies, as well – who feel confirmed in their perception that America and her allies are a paper tiger.

And in truth, what do they have to fear from us? America’s military is being undermined by a top-down subversion led by traitorous SecDef Lloyd Austin and General Mark Milley, both of them Critical Race Theory enthusiasts who have shifted the military’s focus from foreign threats to combating purported “white supremacy” here at home and mythical “climate change” abroad. Their push for “racial equity” is corroding cohesion in the ranks, inculcating racial resentment, and eroding patriotism in our troops.

Across “the pond,” our European allies are more concerned about squelching wrongthink at home than crushing external enemies. In this recent, jaw-dropping interview of the British Chief of Defence Staff, General Nick Carter told Sky News as Afghanistan collapsed that the British military was “collaborating” with the Taliban to get British citizens out of the country. Asked how he felt about “collaborating” with an enemy that has committed atrocities against British military personnel over the years, Carter responded, “I think you have to be very careful using the word ‘enemy.’ I think people need to understand who the Taliban actually are.”

Those of us not blinded by political careerism and multicultural brainwashing understand very well who the Taliban are, and if you can’t use the word “enemy” to describe fanatics who celebrate the beheadings of infidels, then what meaning does the word have? One could argue that the General was trying to be cautious and diplomatic under circumstances in which British citizens were still in danger, but seriously: what must every British soldier who survived serving in Afghanistan, and the families of those who didn’t, think about the most senior military officer in the United Kingdom refusing to use the word “enemy” to describe the Taliban? It’s hard to see it as anything but a grotesque betrayal and a white flag of surrender for all the world to see.

Meanwhile, Britain’s hugely disappointing Prime Minister Boris Johnson was quoted, laughably, saying that the “legitimacy of any future Taliban government will be subject to them upholding internationally-agreed standards on human rights and inclusivity.” By inclusivity, he means, of course, the gender diversity Western countries idolize so fervently that we fly the LGBT rainbow flag right alongside our national flags at embassies worldwide.

Our insistence on imposing a woke gender ideology on other cultures is part of the reason we never pulled Afghanistan into the Western orbit (and a major reason we are losing African nations to Chinese influence, too). Spectator columnist Cockburn reported recently on America’s attempt, as blogger and author Rod Dreher put it, “to turn a nation of medieval goat herders and Islamic hillbillies into penis-possessors and vulva-havers suitable for campus life at some of America’s more elite colleges.” According to government records, U.S. taxpayers wasted $787 million on gender programs launched in Afghanistan, including a “National Masculinity Alliance,” so that Afghan men could talk about their “gender roles” and “examine male attitudes that are harmful to women.” How delusional must our leaders be to believe that a few group therapy sessions among Islamic fundamentalists in the mountains of Afghanistan, where a true Handmaid’s Tale patriarchy exists, will cause them to reject their hyper-masculinized worldview, become proud male feminists, and start throwing gay pride parades?

Only the Western world embraces the rampant gender lunacy that cultural Marxism has weaponized to subvert traditional families and demonize masculinity. Only the West openly denigrates traditional manhood while chanting “the future is female.” Only the West has elevated drag queens and trans celebrities into cultural heroes. We need to wake up to the fact that our enemies around the world see no value in condemning masculinity as “toxic” or erasing gender distinctions altogether; they correctly see that as civilizational weakness.

Let’s do a little cultural comparison. The U.S. military released a cartoon recruitment video earlier this year that centers on the personal aspirations of a young, female social justice activist identified as Emma. She repeatedly mentions how inspired by and proud she is of the “two moms” who raised her with a political consciousness. After some dorm room chats with sister feminists, she decides to enlist in the military to “find her own inner strength and shatter some stereotypes along the way.” There is not a word in the video about service to her country, defending freedom, or bonding with her fellow soldiers. There is not a weapon in sight, apart from the smoky trail of a missile which isn’t shown actually hitting anything. The boot camp Emma breezes through looks less rigorous than a corporate team-building weekend in Cabo.

In sharp contrast, a Chinese army recruitment video from a couple of years ago brims with fierce, male warrior energy and more explosions than a Michael Bay movie. Another one emphasizes traditional family, sacrifice, discipline, service – and more high-tech weaponry than a Michael Bay movie. The men in it are shown training for war to protect the homes and the women they’ve left behind. There are no lesbian moms or cartoon characters. After watching these videos, I was this close to moving to Beijing to enlist.

In even starker contrast, this Russian army recruitment video bursting with testosterone looks like a remake of the Spartan movie 300. It depicts a laser-focused brotherhood of pumped warriors training to fight, to kill, to win. They get their boots dusty running obstacle courses in the desert. They parachute out of troop transports into snowy tundra. They fire sniper rifles. It is unclear whether or not they might have been inspired by lesbian moms, because the video does not feature any.

Jihadist movements like the Islamic State and al Qaeda have their own special brand of recruitment videos, of course, designed to stoke the bloodlust of radicalized Muslims living in weak, secular, decadent Western societies, and to strike terror in the hearts of infidels. Needless to say, there is a great deal of legitimately toxic masculinity on display in the videos – and no lesbian moms.

It is no secret that, in nearly every metric from plunging testosterone levels to rising fatherlessness at home, the West is suffering a dangerous decline of masculinity. It doesn’t help that an increasingly feminized Western world today is ruled largely by either women or “men without chests,” to borrow C.S. Lewis’ phrase. America is presided over by a decrepit, lifelong bureaucrat who will soon be supplanted by his VP, a woman everyone knows is hopelessly out of her depth. Apart from the rare example like Hungary’s Viktor Orban, the rest of the Western world has ceded its leadership to soft, baby-faced multiculturalists like Canada’s Justin Trudeau, or to women who are not Iron Ladies like the late British Prime Minister Margaret Thatcher, but globalist elites like Germany’s Angela Merkel and New Zealand’s gun-grabbing Jacinda Ardern.

Unlike us, our enemies are not actively “deconstructing” masculinity. Islamists do not agonize over their “toxic” manhood. Vladimir Putin’s own shrewdly-constructed personal image of heterosexual virility has led a Russian resurgence of masculinity. The Chinese are actually wrestling with a masculinity crisis, but they rightly recognize that it is a serious cultural and national security concern, and they’re addressing it. Earlier this month the state-run media there demanded that broadcasters stop featuring “sissy men,” “vulgar internet celebrities,” and other abnormal esthetics” that are not encouraging young Chinese men to be masculine enough. Back in January, China's Education Ministry published plans to “cultivate masculinity” in boys from kindergarten through high school. “Chinese boys have been spoiled by housewives and female teachers,” one of China’s top political advisers said. They would soon become “delicate, timid and effeminate” unless action was taken, he added, noting that the “feminization” of Chinese boys “threatens China's survival and development.”

As the old Arab saying goes: a falling camel attracts many knives. Our enemies smell blood in the water, if I may mix my metaphors. I’m not suggesting that we adopt any sort of state coercion as in China, or promote a false manhood based on easily-punctured, empty bluster. But if, as a civilization, we don’t acknowledge our masculinity crisis and reject the narcissistic gender confusion that has infected our culture; if we don’t start cultivating a warrior pride and a moral masculinity grounded in the love of faith, family, and nation; if we don’t start electing real leaders of men like a George Washington or a Winston Churchill; then our enemies will move in for the kill. We need them to know that if they come for us, or when we come for them, they will be facing not a paper tiger, but righteous lions.