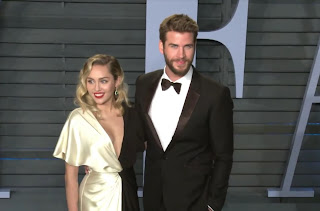 In any case, both these celebs and their proud proclamations of sexual liberation are evidence for Bianco that “girls and women are challenging heterosexuality, and even absconding from it altogether.” They are “questioning the foundation of the patriarchy — heterosexuality — that has kept them blindly subordinate for centuries.” Clearly, as “the status quo, heterosexuality is just not working,” she concludes.

As evidence, she points to a recent Gallup poll which shows that “a record 4.5 percent of American adults identify as lesbian, gay, bisexual or transgender.” Bianco would have us believe that this figure indicates that females are fleeing heterosexuality en masse, when in fact it merely demonstrates the degree to which the cultural Marxists in education, entertainment, and the news media have intentionally and successfully inculcated an anti-family gender confusion in many young people.

For those cultural Marxists, everything must fit the paradigm of oppressor-versus-oppressed. Hence, as Bianco argues, “[m]en need heterosexuality to maintain their societal dominance over women. Women, on the other hand, are increasingly realizing not only that they don’t need heterosexuality, but that it also is often the bedrock of their global oppression.”

She continues: “Historically, women have been conditioned to believe that heterosexuality is natural or innate, just as they have been conditioned to believe that their main purpose is to make babies – and if they fail to do so, they are condemned as not ‘real,’ or as bad, women.” This is pure misandrist, feminist poppycock. Bianco is declaring that heterosexuality is unnatural, and that men everywhere, throughout history, have conspired somehow to brainwash women into being attracted to the opposite sex in order to oppress them. This is what poet and lesbian feminist Adrienne Rich – whom Bianco cites – referred to in her influential 1980 essay as “compulsory heterosexuality.”
Bianco goes on to state that lesbians or bisexuals like Cyrus and Hough define their freedom differently from how the word is understood by conservatives, who conflate it “with domination. In this context, freedom is actually possessed by a select few, as it is dependent upon the oppression — rather than the liberation — of disempowered people, particularly women and minorities.” Her sole evidence for this claim is President Trump’s private boast that women will let you do anything if you’re famous. From that she extrapolates that conservatives (whom she equates with white males, of course) believe freedom means their right to oppress minorities. Conservatives (who come in all colors and both sexes, by the way) believe no such thing; indeed, in direct contradiction to Bianco, it is the right that emphasizes the personal responsibilities that come with freedom, while the left promotes narcissistic behaviors literally designed to deconstruct the natural order that has prevailed since the beginning of mankind.
Bianco doesn’t elaborate on how Epstein and mass shooters are emblematic of this failing heterosexuality, except to point out that “[m]en continue to coerce, harass, rape and kill girls and women — and go to extreme lengths to avoid responsibility for their actions” – a grotesque generalization that would draw howls of Progressive outrage if she were referring to any other demographic except for white males. (Imagine if she had made such a sweeping denigration of Muslims or blacks or transgenders. Men, on the other hand, are fair game for the open contempt and bigoted smears of hateful feminists, and have been for decades.)

Epstein was nothing more nor less than a sick pimp for the powerful. He no more represents men in general than Cyrus represents all young American ladies. Neither does he represent heterosexuality, but a perversion of it. As for the mass shooters, there is no indication that their motives involved propping up the patriarchy or punishing lesbianism.

Bianco closes by quoting Adrienne Rich, who wrote that a “feminist critique of compulsory heterosexual orientation for women is long overdue.” Bianco triumphantly declares that “It looks like this critique has finally arrived in the mainstream.”

In fact, her cherry-picked instances of celebrity deviance are not anywhere near the American mainstream. Despite the desperate efforts of feminists to eradicate it, heterosexuality is alive and well, as it has been for all of history. Hollywood is not America. Miley Cyrus is not representative of any demographic in the United States other than, perhaps, damaged Disney child stars. If she is an exemplar of anything, it is the degrading libertinism that the misogynist Left encourages in all young women in the name of their “liberation” from the “oppression” of husbands and children. Contrary to Bianco’s claim that the tongue-wagging Cyrus has seized control of her bodily autonomy and sexuality, the former “Hannah Montana” is not and never has been in control of her own life. A young victim of the succubus of fame, Cyrus is simply adrift without a moral center, surrounded by sycophants, a standard bearer for nothing but her own unbounded appetites, propped up by the destructive lies of NBC News opinion pieces.