Kravitz, Hoffman, and the Demons Inside Us 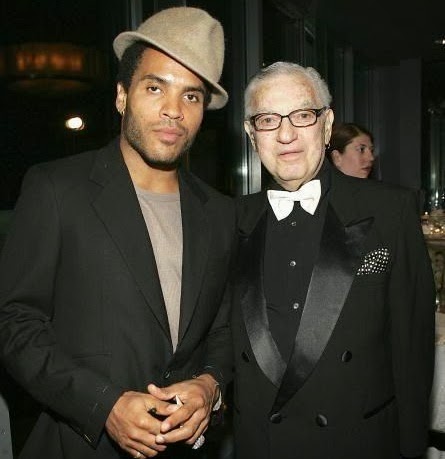 Thanks to a blog last week by the always thought-provoking Rod Dreher, I became aware of a touching interview with rocker Lenny Kravitz that was in part about his troubled father’s deathbed conversion to Christianity. The interview is from 2009, and his dad actually passed away in 2005, but the story, in light of another recent passing, is ultimately a timeless one about personal demons and facing our mortality.

Sy Kravitz was apparently a cold, unreligious man who had multiple affairs on Lenny’s mother, The Jeffersons actress Roxie Roker. Lenny’s relationship with his dad was a strained one at best until the final weeks of Sy’s life. Lenny revealed that as he sat with his dad who was dying of cancer, Sy began to have odd visions:

Spiritually, hospitals are very intense places. It’s like death’s doorstep. And he was in his bed one night and he looked at me, and he wasn’t on drugs, and he said to me, “There are these things flying around my bed, and these things crawling on the floor.” I said, “What are you talking about?” This is from my dad. He doesn’t do with any kind of spiritual thing. No heebie-jeebie kind of thing. And he’s, “There’s black-winged things and they’re flying around my bed… the things that are crawling on the ground, they look like they’re rats and they’re not… I see them.”

Lenny, a Christian with a tattoo across his back that reads, “My Heart Belongs to Jesus Christ,” went on to say that Sy “then began having this revelation and he accepted Christ – this is a non-religious Jewish man – and somehow the spirit world opened up to him. Almost like he had spiritually been bound his whole life and now this thing was released.” Whether you believe the vision to be real or the hallucination of a dying man, Lenny nailed it when he described his father’s bondage and freedom in spiritual terms.

Later, his father offered a heartfelt apology to Lenny and his siblings for what he had done and how he had treated them. “What he said to me is that he always wanted to change his life, and he felt there was this thing on his back and he couldn’t get it off. His whole life, he knew inside himself that he wanted to change. But, he said, ‘I couldn’t’” – until he unburdened himself in his final days.

I thought about this in the wake of the accidental death last week of another father in the grip of personal demons, actor and addict Philip Seymour Hoffman. The first reaction of many, myself included, was anger and incomprehension that he indulged his heroin habit and left his three young children fatherless. An interviewer who had a connection with Hoffman over their children wrote poignantly in Entertainment Weekly about the actor’s love for his kids. Then why the hell flirt with such a deadly drug?

Because addiction is no small demon, and human beings are weak. I have no idea if Philip Seymour Hoffman was religious (and no reason to doubt that he was a good father), but like Sy Kravitz, Hoffman had this thing on his back and wanted to change, but couldn’t. At least Lenny’s father kicked his demons just in time, and had a chance to apologize and heal the rift he had caused with his children. “The last three weeks of his life was the best relationship I had with him,” Lenny said. “And it cancelled out the 40 years before.” Hoffman had no chance to say goodbye to his children.

“The things people struggle against,” Dreher mused sadly about Sy Kravitz in his blog post. Indeed. To one degree or another we are all in spiritual warfare with our own black-winged demons, and none of us knows the day and the hour of our passing (Kravitz was 80; Hoffman only 46). That is simply the nature of human existence. Our obligation is to arm ourselves physically and spiritually, and wage that war every day with everything we’ve got – if not for ourselves, then for our children.