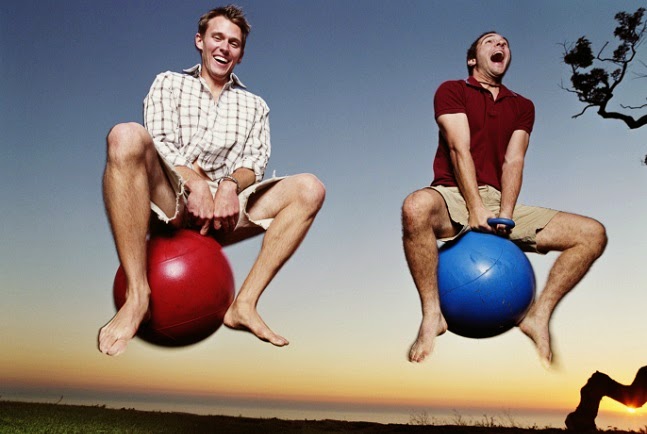 Recently A.O. Scott posted a piece in the New York Times entitled “The Death of Adulthood in American Culture,” which stirred up online discussion about whether our grownup culture has shifted into a protracted childhood. What was largely absent from the observations is where this arrested development is taking us.

Scott argued that in doing away with certain iconic TV characters of the last decade – Tony Soprano, Walter White, and Don Draper – we have “killed off all the grown-ups.” Meanwhile Hollywood cultivates movie franchises that promote “an essentially juvenile vision of the world.” The same complaint goes for literature, Scott says; American fiction, which introduced “a new crop of semi-antiheroes in flight from convention, propriety, authority,” is all young-adult fiction now. He concludes that we now perceive adulthood as “the state of being forever young.”

Vulture’s Adam Sternbergh admired Scott’s piece and responded with “The Death of Adulthood and the Rise of Pleasure, or Why Seth Rogen Is More Serious Than Woody Allen,” in which he states that what Scott is really lamenting is “the death of seriousness.” Sternbergh sees no problem in being unserious and believes that nothing is more grownup than rejecting “a bunch of inherited precepts about cultural seriousness” from the previous generation.

The death of adulthood/seriousness came over us swiftly, historically speaking. Childhood, as a cocoon of maturation distinct from adulthood, is a fairly recent cultural development. Prior to the 17th century, children were essentially little adults; life was nasty, brutish, and short, as Hobbes put it, and didn’t afford them the luxury of a period of protected innocence.

But philosophers like Rousseau and Romantic poets like Wordsworth thereafter helped spark the relatively new notion that childhood was an important stage in its own right, and children needed sheltering before taking on the demands of adulthood. American peace and prosperity in the 1950s enabled us to establish permanently this phase of childhood as we know it today: a period of sustained innocence, play, and freedom from responsibility.

But over the course of the few decades since, we have witnessed the prolongation of childhood and, as A.O. Scott wrote, “the erosion of traditional adulthood in any form.” This development has found cultural expression in the accelerated ascent of our youth-obsessed pop culture and a concomitant decline of “high” culture (some would argue that there is no longer a distinction, but that’s a topic for another day).

Scott himself isn’t even sure that we should bemoan this death of adulthood; after all, it can be a lot of fun: “The world is our playground, without a dad or a mom in sight,” he says. “I’m all for it.” Sternbergh believes that seriousness is overrated and we should just kick back and enjoy “the rise of pleasure.” Neither one addresses what this means in the long run. If they’re correct that adulthood has morphed into a childhood without end, then how long can that be sustained? What’s next?

In H.G. Wells’ The Time Machine, the 19th century protagonist travels hundreds of thousands of years into the future and discovers that humankind has evolved, or more correctly devolved, into a childlike race called the Eloi living in a seemingly peaceful paradise. Facing no dangers or challenges, the Eloi have become artistically and intellectually apathetic, as well as physical atrophied. But their Eden is an illusion; the Eloi’s fate is that they exist only as food for the bestial race of Morlocks.

Our lack of seriousness, our comfort zone of perpetual childhood, is the death of culture. As rapidly as we have come to this point, it won’t take us hundreds of thousands more years to become Eloi. That may be a rather extreme example to make my point, but eternal youth, while very tempting, is not growth, either biological or cultural. Refusing to venture beyond the safe shallows of childhood kills our creative and intellectual and spiritual hunger. It leaves us passively captivated by a culture that increasingly produces more kinetic spectacle than meaningful art. This apathy marks the end of curiosity, of aspiration, of change; it leaves us vulnerable to being overtaken, perhaps even literally, by cultures that do embrace adulthood and seriousness.

Sternbergh, and possibly Scott (who joked, “Get off my lawn!”), might dismiss me as being hung up on “propriety” and a “suspicion of cultural pleasure,” but I’m a child of pop culture. I was raised on The Beatles and Bewitched, not Beethoven and Bellini, but now I can appreciate both. An adult doesn’t have to put away the things of childhood forever, only know their place and limitations. But a child who resists adulthood too long risks becoming, as Scott puts it, an irrelevant loser. And that’s where the rise of pleasure will leave us.